Home Latest News Islamic News After 15 Years, Allah reunited a lost Brother to his Sister in...

They got separated 15 years ago: Palestine issues are something that many of us are aware of. In such a crisis, families do get separated. Some flee towards other places and others cannot. 15 years from now, a similar incident occurred. In the occupied territories of Palestine, Samir and his family used to reside.

When the insecurities arose there, Samir, luckily or unluckily was able to flee. He was able to migrate to Australia. His sister named Bushra was left behind. Both of them could not contact each other since then. However, a miracle took place during this Hajj.

The custodian of two Holy Mosques, King Salman, invites 1000 of families from Palestine to perform Hajj. 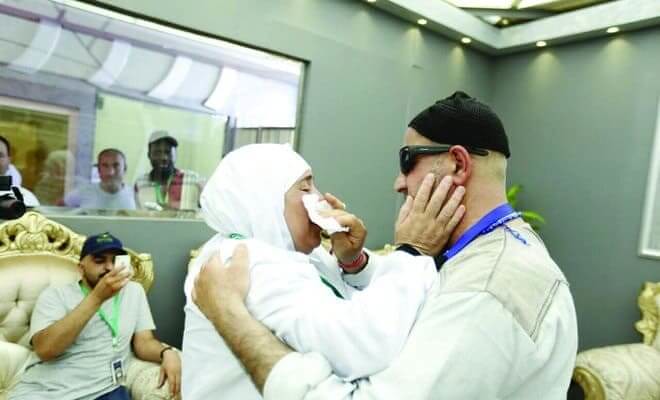 These families are of the martyrs who lost their lives due to violence in Palestine. These families are the guest of King Salman and all their expenses are incurred by him. Bushra was one of the guests this year, while Samir also opted to perform Hajj this year. What a pleasant coincidence!

They got Emotional in the meeting: Both were unaware of the very fact, they have been separated 15 years from now and could not contact each other. While sitting in the tents of Mina, Bushra saw Samir there.

She could not believe it, her brother who was presumed dead 15 years ago was sitting in front of her! She saw her brother after fifteen years. 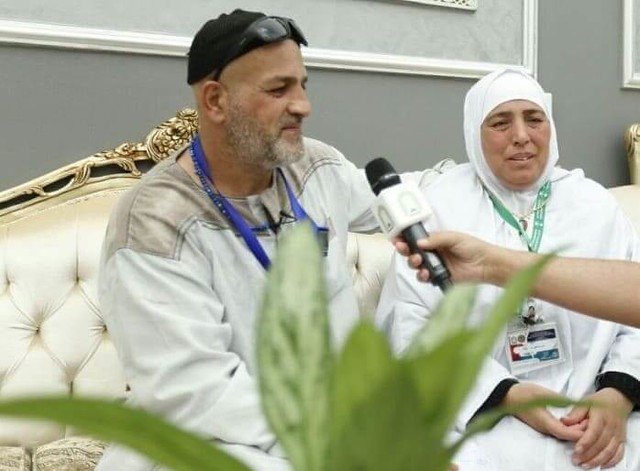 She was overwhelmed and got carried by emotions so much so that she ran towards her brother and hugged him tightly. Her tears rolled away through her cheeks and she did not have words to explain her happiness. Samir was surprised and happy to reunite with his sister after 15 years.

It is not less than a Miracle: He says that it is Allah Almighty who can let such miracles take place. He is thankful to Allah for letting him reunite with his family. He also extended his appreciation towards King Salman, his program had allowed Bushra to perform Hajj this year and met him! 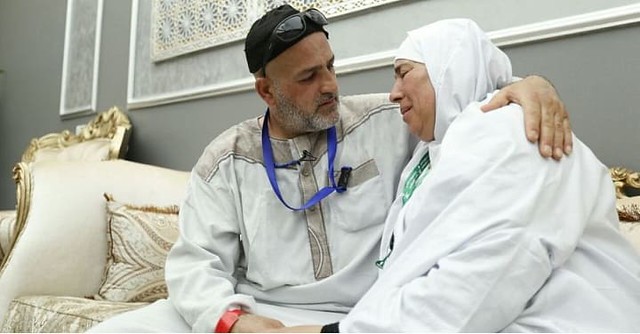 So yes miracles do take place, just remember to have faith. Things can change anytime. We hope that Samir and Bushra enjoy their lives together. We also pray that our Palestine brothers and sisters who got separated from their families get reunited soon.  May Allah protect us all and keep us all united with our families!