In Riyadh, Saudi Arabia’s capital, a Bangladeshi cleaner was presented with a gold jewelry set and thousands of Saudi Riyals after he was mocked on social media when a picture of him staring at gold in a jewelry shop went viral.

The story began when an Instagram user teased the cleaner by sharing the photo with a title of “he looks as though he is looking at waste”. The statement encouraged other users who started supporting the cleaner on social media.

Abdullah Al Qahtani, a Saudi national and holder of a Twitter account, began an operation to find the man in the photo. Qahtani said to Saudi News Channel that he managed to find the cleaner to present him his gifts. 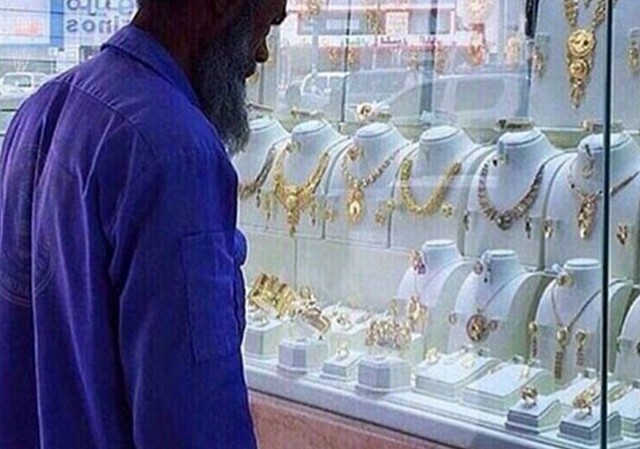 The cleaner’s name was Nuzro ul Abdul Karim, and his pay was $187 monthly (700 Saudi riyals). Al Qahtani said that he received so many phone calls and messages in response to his message to find the man.

The location of the cleaner was recognized from the mirror image of the shop glass observable in the picture by the twitter users. When Al Qahtani published a new picture of the cleaner, people started inquiring for a way to get in contact with him.

Al Qahtani said that the cleaner received gold sets, cash, iPhone, a two-way ticket to his home country and Samsung Galaxy phone. In addition, a rice company wanted to donate rice bags and honey to Abdul Karim. Further, he said that more cash is being gifted to him without detailing the amount. 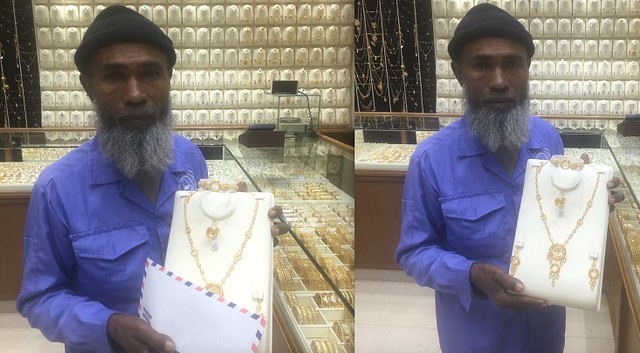 Many Saudi people messaged and showed their wish to send more presents to the man. One user said that he wants to gift him $533 (2,000 Saudi Riyal). His video was posted on Snap chat by Turki al-Dajam, an executive at a sports channel, that Abdul Karim was deciding a gold set and receiving his new gifts.

65 years old Abdul Karim talked to the reporter of a news channel that he was pleased with the gifts and very thankful. He further described that he was doing his work as a cleaner and found himself in front of the gold shop. He saw a flashlight but he did not know what that was. 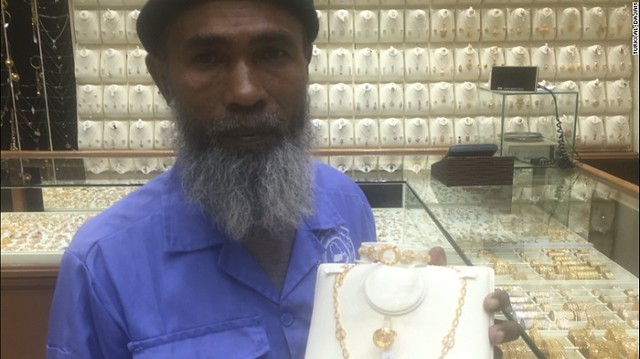 But later he came to know that his picture was taken and posted on social media. Qahtani explained to him that he is a very hard working man. Abdul Karim is kind-hearted. He also looks after the kittens on the street where he works.