A Saudi citizen mistakenly transferred SR 70,000 to another Saudi bank account by mistake. Upon realizing his mistake, he immediately contacted the beneficiary but it was too late.

The account holder transferred SR 20,000 SR back to the citizen account. However, he did not bother to remit the remaining 50,000 Saudi Riyals and left the account without performing any action. 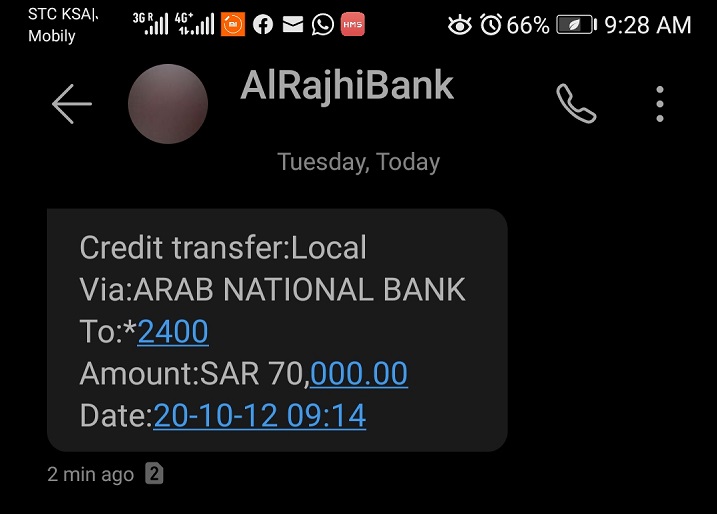 During interrogation, the man ignored the sender claiming that his account is empty. He also said that he does not know how he received the money, who withdrew from his account and where the money was transferred.

Saudi Citizen filed an appeal in the court

At that point, the Saudi citizen reached the court to appeal to get his money back. His matter was referred to a judicial bench. Saudi Arabian Monetary Authority was also called to investigate the case and find out the truth about the remittance.

The truth was revealed

The Saudi Arabian Monetary Authority clarified that the man is right, he transferred 70,000 Saudi Riyals to the second person’s account. However, after investigating the following case, it was also revealed that the receiver of the amount sent the money to different accounts through ATM transfer.

After the truth was clarified, the executive court ordered the receiver to return the remaining 50,000 SR to the owner within five days and if he fails to do so then, strict and disciplinary action will be taken against him.