A millionaire Saudi woman looking for a husband

A Saudi woman who is a millionaire called a TV anchor to express her feelings live on the show. A post was shared on Saudi News 50 Twitter account in which it was stated that a millionaire Saudi woman is looking for a husband as she wishes to marry and have a child.

Her father didn’t let her marry as she inherits millions

It was said that the woman named Hessa told that her father was a mean and ungenerous man who died before her daughter’s marriage, he doesn’t want her to get married because she inherits millions.

She further said she focused on her work and her father don’t want to give her hand in marriage.  She said, “he used to tell her that men will be after money.” 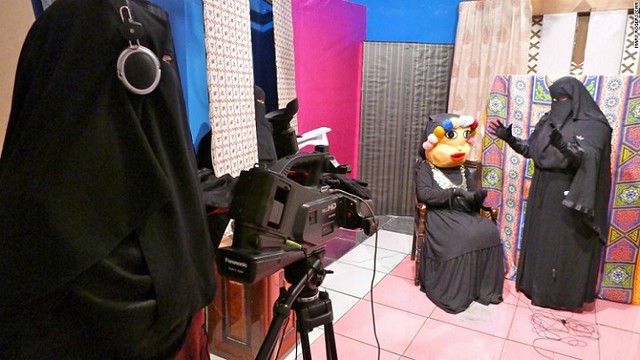 Hessa is comfortable in becoming 2nd, 3rd or 4th wife

Hessa said her only wish is to get married and to be able to become a mother and hold her child in her hands. She expressed that she will get married to a man even if he is already married and fair to all his wives.

She added one more condition for marrying a man that his all other wives’ reaction should be positive on their marriage. This means she was looking for a man who is already married.

Saudi Woman is looking for a Husband who is mature

She stressed that she cannot marry and cannot be unfair to a young man because she is already in her forties and could have only one child. In other words, she is looking for a husband who is mature.

Does she offer a Car and Accommodation?

The TV anchor asked the Saudi woman looking for a husband if she is offering accommodation and a car? She answered, “Please don’t embarrass me, sheik.”