Every now and then we tend to hear a piece of appreciation or criticism for our leaders in newspapers, magazines, TV and even on Facebook and Twitter. Saudi King Salman Bin Abdul Aziz Al Saud is indeed a great leader. He has taken some very rationale steps for the country.

He is keen to make Saudi Arabia a prosperous country. The people on social media praise him for his qualities. Also, newspapers and TV channels speak out in his favor. But sometimes people go far beyond limits and so did a Saudi columnist Ramadan Al Enenzi.

Ramadan Al Enenzi writes columns for a Saudi newspaper named as Al Jazeera. Al Enenzi got his article published in the daily newspaper that praised the great leader. There is nothing bad in appreciating our leaders but Al Enenzi praised heavily.

His article shouts out some praises for King Salman Bin Abdul Aziz that are attributes of God only. How can God Like attributes be declared for a king? Isn’t this more than disrespectful?

Everyone has a right to declare his opinion regarding a leader, but one should understand the boundaries. 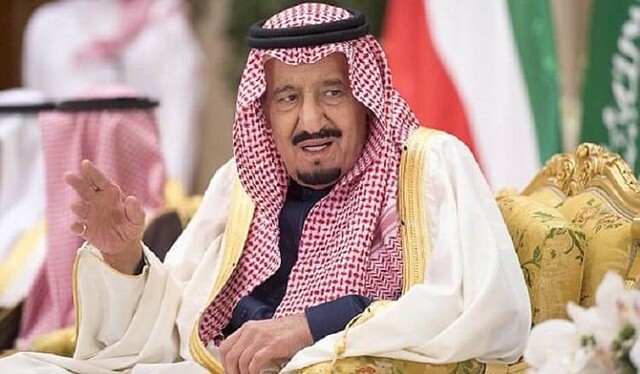 The Saudi king himself, Salman Bin Abdul Aziz Al Saud, took notice of the column. He wrote a formal letter to Awad Bin Saleh Al Awad, who is the Minister of Information. The subject of the letter was the very column.

It was stated in the letter that the title and the column itself was quite shocking. The words that have been chosen by the column writer are inappropriate. These words have been used by Allah SWT to describe His (Almighty) Attributes or Allah had addressed those characteristics to Prophet Abraham.

King further added that this is not a matter we shall remain lenient upon. It has disturbed us and is not at all welcomed. It is a serious matter and we can for-see its dangers.

The Newspaper has issued an apology

Taking notice of the complaint, the Interior minister suspended the columnist Ramadan Al Enenzi. The newspaper itself was notified and has been warned for publishing such content.

The newspaper has issued an apology.  This is a great step that was required for the betterment of the nation. King Salman has shattered the columnist at the right time.

While the governments of other countries pay heavily to media houses to not to criticize them, King Salman is reprimanding those who praise them beyond limits. Where would you find this kind of example in the rest of the world?