Home Social Issues Islamic Stories Pilgrim lost SR 16,000 in Madina, prayed in Haram, got it back...

A Kuwaiti National, Zaid Al Khabbar along with his family came to Saudi Arabia to perform Umrah. They arrived at Madina and were all set to reach Makkah to perform an Umrah. But, Al Khabbar lost his wallet, clothes and an envelope containing SR 16,000.

How did he lose money?

Al Khabbar revealed that while he was in Madina and was settling in the cab, he saw an old man having trouble while getting on his Ihram. He went to help the man and put down his assets in the taxi.

Al Khabbar says that he realized that he was out of money when the cab driver who had dropped the family from Madina to Makkah asked for the fare.

He prayed in Haram

Al Khabbar asked for the help of Almighty Allah in his heart as they had already entered the boundaries of Haram. 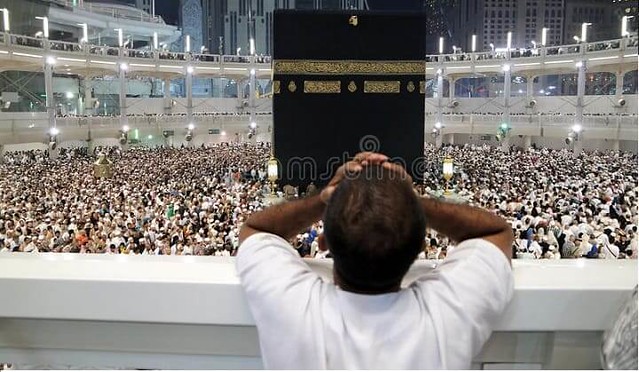 The taxi driver in Makkah extended his help

When he told the cab driver in Makkah that his wallet and other things had been left behind, the cab driver offered help. He called his brother who was in Madina.

He described the things and location and asked the brother to search. The brother went on a search and told that he had been only able to find clothes.

The envelope containing money was missing! The family had lost all the hopes to retrieve their money but Al Khabbar was hopeful.

He received a call the next day

The very next day, they received a call informing that they had found an envelope containing SR 16,000. The call was from the lost and found department from the area the family was residing.

The lost and found department then dropped off the cash at the residing place of the Kuwaiti pilgrim.

The cab driver and his brother had been very hospitable and helpful. Also, the person who dropped off the envelope is a great person! He or she could have taken money for him/herself!