The wife of a deceased patient has sued a hospital in Jeddah for giving expired medicine to her husband which caused the reason for his death.

The patient’s wife is a doctor herself and works in a public hospital situated in Jeddah. The claim she charged against the hospital is an improper and ill-treatment of her husband which resulted in his unexpected death.

What was the Issue?

She claims that her husband was given the saline solution which was already expired.

Jeddah Health Affairs is investigating the matter under complaint# 3775. If the case filed is proven, all the responsible ones will be charged with serious penalties and punished.

She also included that she still has the saline bag with her as proof.

How did he die?

After a road accident, the patient was taken to Al-Thaghr Hospital located in the south of Jeddah.

When the patient went into the surgery his blood pressure was low. After the operation, his condition was stable for 20 days. 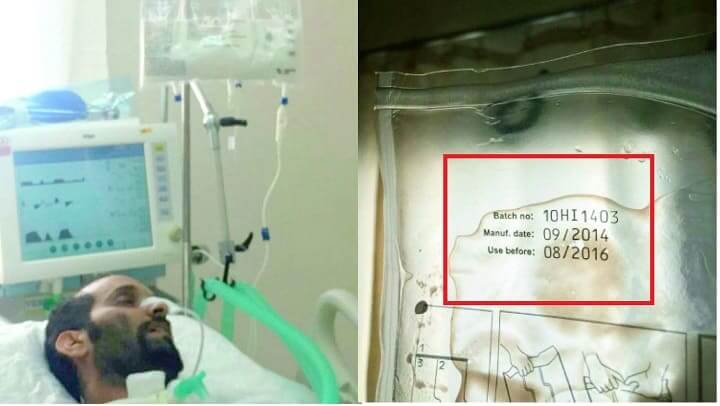 However, one day the hospital gave him expired saline water. Immediately, the patient’s heart rate reached up to 170 and eventually, the beating stopped.