Hunting has always been taken as a manly sport, marking one’s bravery and marksmanship since our evolution. Hunting of dangerous animals is okay, only if they mean any harm but what we have gained is endangering their species and proved ourselves to be more dangerous in particular.

Hunting for food is one thing, hunting dangerous animals is another but hunting for the sake of fun or boasting around is a big no, unethical and unmanly.

Governments and states have put forth rules and regulations and terms for hunting all over the world, but people somehow still manage to malign them or do illegal hunting one way or the other. 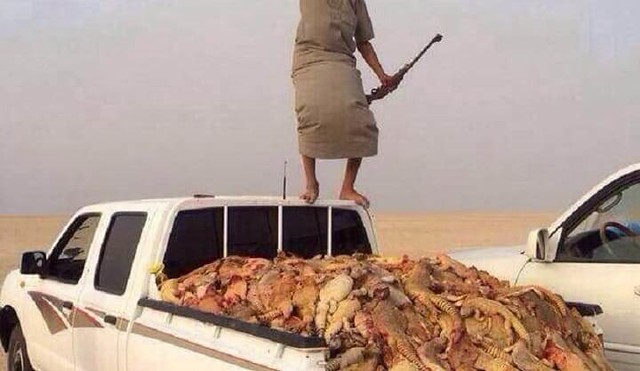 One such incident happened in Saudi Arabia where a person, for the sake of fun, slaughtered around a hundred of desert lizards and put their pictures on social media boasting on about his hunting skills.

Now, if you are living in Saudi Arabia, you should be well aware that breaking a law in the Kingdom is a big no. Yes, the Law Enforcement Agencies here in Saudi Arabia are quick, efficient and make sure that no one is an outlaw. Law abiding is made sure.

This person we are talking about was taken into police custody soon after posting the pictures of the poor animals being hunt just for the sake of fun. They are endangered and their hunting is banned. It is just a desert lizard, but a unique one. 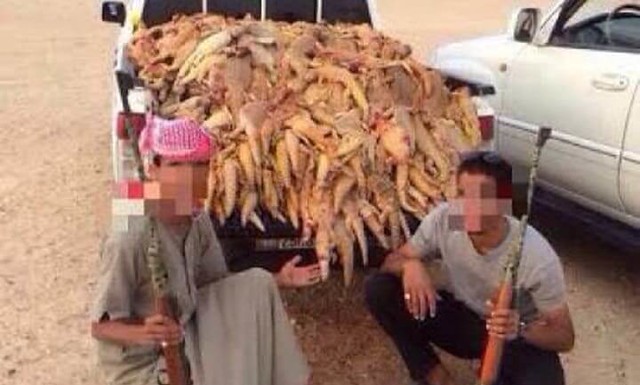 A yellowish reptile, just like a home lizard but larger in size and fat belly and a distinguished long spiny tail which are locally known as ‘Dabb Lizards’. The arrest of the man was made after a video went viral on Saudi social Media in which the man bragged about his hunting more than a hundred lizards.

Badr Al-Suhaibani, the spokesman for Al Qasim Police announced that the suspect in the viral video was arrested and is referred to the competent authorities to face legal action over endangering wildlife and for violating the law on hunting wild animals. 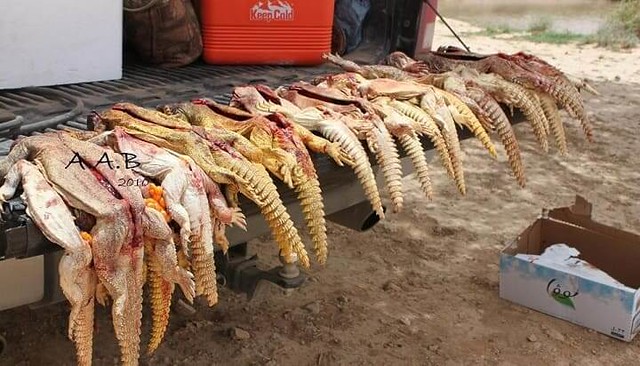 The Saudi Commission of Wildlife also confirmed the news announcing, the perpetrator of the massacre had been identified and arrested by Al- Qasim Police.

Our religion teaches us to be polite on human beings as well as animals. If you look at the animals, they kill others animals to protect themselves or eat them, they never kill for the sake of fun. This is the rule of nature and we need to abide by it.