Not everyone is brave or gallant. Bravery is present only in a few of us and those are the real heroes. One such real hero is Abbas Al Zahrani who risked his own life to save people during the flood in Wadi Nayra.

Wadi Nayra was under flood

Wadi Nayra a town located in Al Baha Governorate came under flood after heavy rainfall and some people got stuck in the flood.

However, at that time, a man Abbas risked his own life to save the trapped people. He was filmed by the bystanders and they shared the incident on Social media. 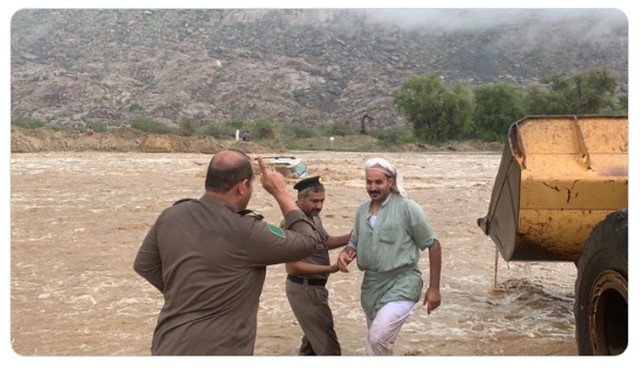 The video of the chivalrous act of the man showed a car that was overpowered by flood and was about to sink. Only its rear windows and roof was out of the water and the passengers of the vehicle were sitting on its roof waiting for the civil defense to rescue them but before they would come a man came to help them.

Abbas was driving a loader and jumped in to flood with his loader to help the stuck people. He opened up his shovel area for the stuck people so that they could jump in it. Once all the trapped people got into his loader he took them back to the safe place without causing any harm, or injury to them.

Nevertheless, Abbas is now called a real hero and he was also honored by Prince Baha. The emir of the region welcomed Al Zahrani and appreciated him for his effort. The three employees who were saved by Abbass contacted the government department to honor him for his heroic effort

After being awarded for his heroic effort Al Zahrani expressed his pride saying that what he did is his humanitarian and moral duty urged by our religion. 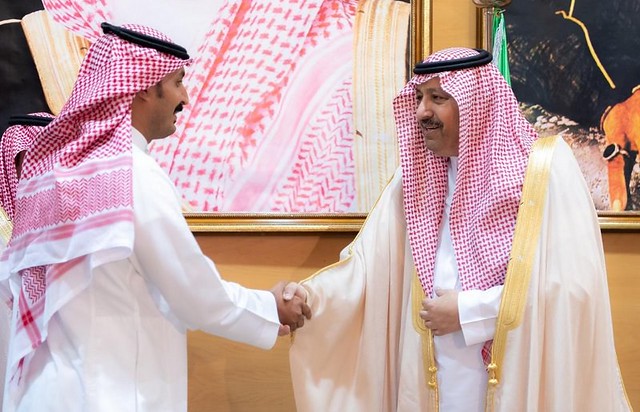 A careless act of the driver

However, some of the people asked the authorities to punish the driver of the car because he drove his car into the flood despite the warning issued by civil defense and having knowledge that heavy rainstorms have wrecked and flooded the major roads of the Wadi Naira and its surrounding towns.

Though some are calling the people to follow the warnings issued by the civil defense authorities and should restrain from passing through the flooded areas.