He died after eating Honey

A man, aged 40, from the Al Shamli region which is located around 180 kilometers to the southwest of Hail died after he consumed a mixture of blended herbs and honey which he had bought from a street vendor, in order to treat his chronic cough.

After the man had consumed the honey, he lost consciousness and was immediately rushed to the hospital in Al Shamli, and from there to the Hail General Hospital where the medical professionals pronounced him dead shortly after.

Saudi was a very healthy man

Fadel Al Khamshi stated that his relative was in quite good health generally; however, he only suffered from a bit of a cough. His health started deteriorating very quickly upon consumption of the honey mixture.

He added that the family of the deceased has filed a proper legal complaint with the Al Shamli police against the two Arab workers who had sold Saqer Muaid the fatal honey concoction.

He also noted that both of the Arab men who had sold the deadly honey were previously working in the construction business. Both the suspected men have been detained by the Al Shamli police. 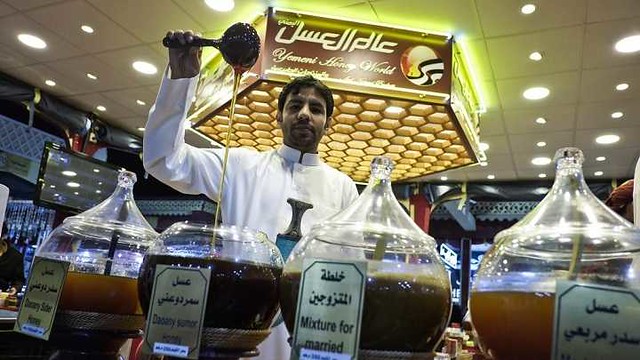 A highly informed source at the Al Shamli Municipality has stated that a committee from the department of health has been formed in order to investigate the death of this man due to the honey concoction.

Lesson from the Story

Dr. Sami Saeed, who is a specialist in family medicine stated that there are several patients who are totally unaware of the gravity and seriousness which is associated with the use of such unlicensed medicine mixes. and unapproved alternative medicine mixes as well as herbal concoctions and extracts which can even lead to further health problems rather than cure them or can even kill.