Having a housemaid or a house helper does make our life easy. But finding a reliable and trusty house worker is a difficult job. Finding a good, well-mannered and trustworthy house worker is indeed a hectic task. We cannot entrust our work and our house to any person.

But sometimes, our very trustworthy workers can betray us. They can break away our trust. There are incidents where trustworthy maids got involved in stealing. Some house workers who are hired for the purpose of baby care, they are involved in mistreating the child or even abusing them.

Now I am going to share similar news of a housemaid with you.  This is a news from Masfout, Ajman where a housemaid tore the copy of the Holy Quran (the sacred book of Muslims) into pieces. This incident happened when the maid’s sponsor’s wife blamed her of stealing something. 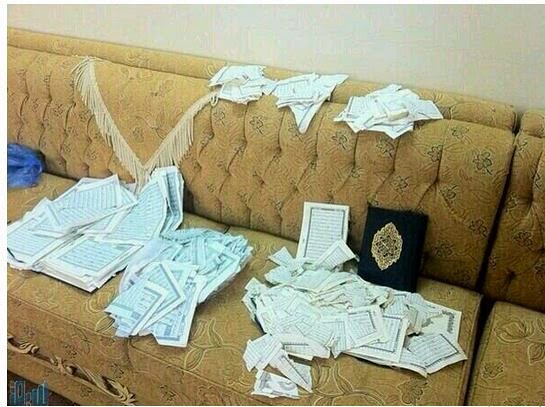 This incident made the maid angry and losing her temper by hearing herself as a thief, she committed a sin of tearing the Holy Quran into pieces which made her arrested. She was sentenced by the judge to five years Jail. The maid belongs to Indonesia and her age was just 23 years.

Allah knows the best if she really stole something from the house where she was hired, yet she should not have torn the Quran. It is a sacred Holy book which is to be respected. If she was really innocent, she should have used the proper way to claim her innocence, she cannot justify her actions.

This is an act no Muslim can tolerate.  It is time we learn to have control of ourselves. We must remain calm and restrain ourselves from behaving indecently. Even if we are very angry, we shall not lose our temper.

Remember that when we are angry we tend to behave indecently, so always avoid losing your temper. Even if the maid was innocent, her anger made her commit a crime and now she shall remain in prison for 5 years.