Accidents change the course of the life in less than few moments, and no one can do anything about it. The ill-fated moments cause irreversible damage to our lives and leaving scars of grief. Some accidents are the cause of death, whereas other causes severe injuries to both body and mind.

Fire eruption is one such incident which causes damage and preventions are unlikely possible for it covers everything in the vicinity in a matter of no time prior the help can be summoned.

Our daily life revolves around electrical gadgets carrying almost everything inflammable from plastic to lithium-ion used in batteries.

Our household items include furniture made of wood, dry wood to be exact which catches fire in a matter of no time and then comes to our body, which is the most vulnerable thing to the fire and any tragic fire incident can occur at any time.

A very tragic incident happened in Saudi Arabia on last Saturday night. An expat lost his life when the apartment caught fire. Unfortunately, happiness turned into Sadness. He was enjoying the happy moments of this which lasted for some time.

The newlywed couple got married in Madina and shifted to their new apartment in Makkah, which was caught by fire and in the result, the groom died but the bride survived and was hospitalized.

This incident went viral on social media and the people shared their disheartened feelings and prayed for the patience of the family. This fire accident is not the first incident to be reported in Saudi Arabia.

In 2015, 51,188 incidents of fire accidents in buildings and apartments and in 2016, around 51,781 fire incidents were reported, and this was a shocking increase in the numbers.

It was stated by the country’s civil defense that around 65 percent of fire occurred in residential buildings and houses and the cause of the majority of fire incidents were caused by children who were neglected by the family. 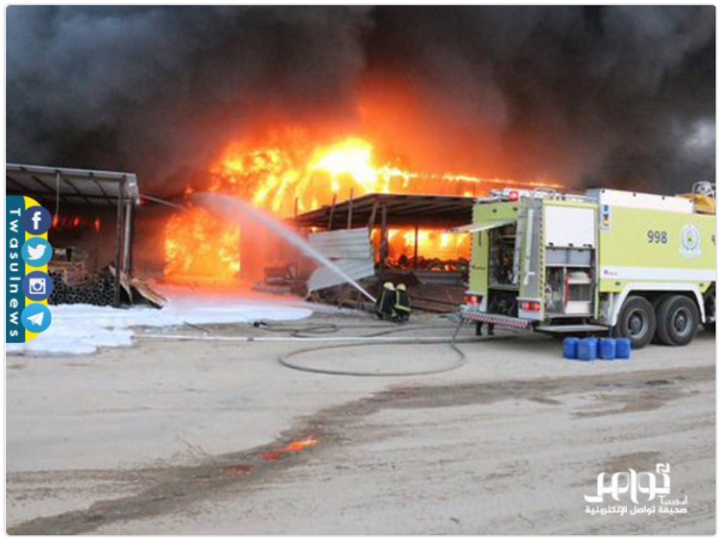 Another main cause was stoves and some were caused by electrical appliances. Prevention is required for such life taking incidents which are occurring more and more within a span of very little time.

The root causes we do know, but we almost turn a blind eye when it comes to using common sense.  Sometimes it is the gas valve left open, sometimes it is the short circuit due to wrong wiring or use of wrong or cheaper gadgets. All in all, one thing in common, our mistake.

Yes, we make small mistakes and we take them lightly. We should learn from all the accidents around us and try our level best to avoid such incidents.