Saudi police have recently arrested a gang of Indian and Pakistani thieves who were involved in several theft crimes. The gang of thieves involved 12 expatriates who belonged to India and Pakistan.

The assistant media spokesman for Riyadh police said the arrested gang was accused of committing 48 thefts.

The accused used to rob electrical equipment from the operating rooms of telecommunications company towers and optical guide boards in the neighborhood of Al-Nadhim, Al Naseem, and Al Qayrawan.

They have committed the theft of batteries, copper cutters, and other electrical equipment worth SR 864,000. 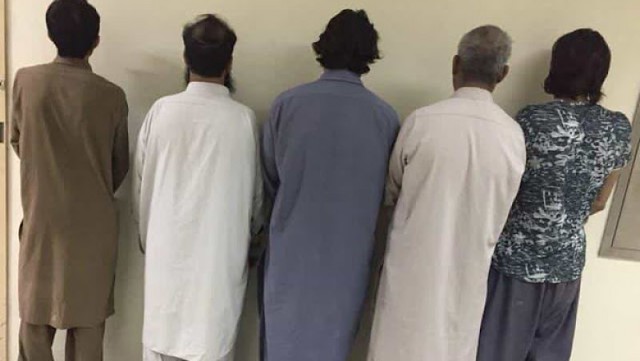 How the police caught the gang?

After the theft, the gang used to store the robbed material in the warehouse in the Al Remal area in the East of Riyadh. The police were able to arrest the gang after it raided the warehouse.

The police were able to recover 14,000 Saudi Riyals. The gang of 12 expatriates is now referred to the public prosecutions.

This is not the first time Pakistani people are involved in such kind of scams, last month the government arrested a gang of 8 people over SMS scam.