Fake messages have always been in news: Every other day there are cases where people receive fake messages. The senders of fake messages want to cause trouble to others. Following a link in a fake message or replying to it can cause monetary loss as well.

Previously, we had seen that people would use the name of a company to send a fake message. One would believe the message has been sent by a company or an organization but eventually would land in trouble.

The messages that have been circulating around via mobile tell the recipient that a case has been filed against them in the execution courts. The fake message asks them to follow up this fake link www.cdn.moj.gov.sa or to visit the court.  If they do not do so, their service shall be suspended and put on a hold. 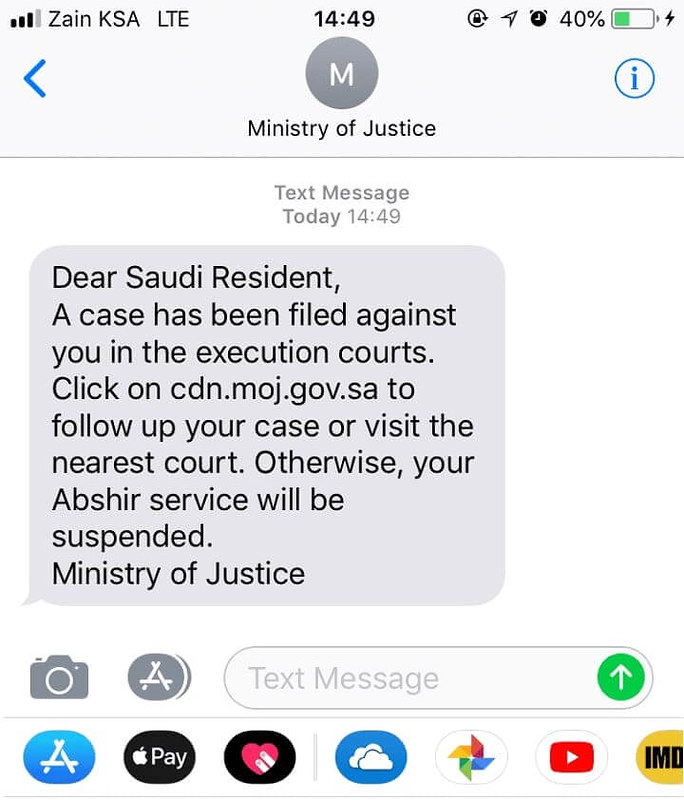 The real messages: Only the messages that are sent to the client to survey their satisfaction regarding the services of the Ministry has a link attached. The link https://s.moj.gov.sa which is the only trusted link sent by the Ministry itself would lead a client to an evaluation.

The Ministry has asked the people to disregard fake messages and links send by unknown sources.