On the same day, the Houthis sent another explosive-laden drone to the Abha Airport risking the lives of thousands of Saudis, expats, children, women and men. However, it was also destroyed by the Arab Coalition forces. 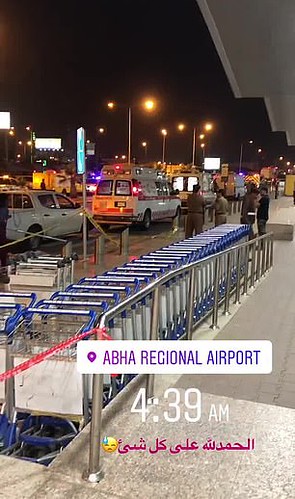 As a result, the debris of the interception fell across the Abha Airport. By the grace of Allah, no injuries are reported from the airport.

It is worth mentioning that this is not the first time Abha Airport is under the attack of terrorists. On June 12, 2019, a ballistic missile was fired to the Abha International Aiportwhich caused the injury of 26 people with zero casualties. Here is the footage of that attack.