A sweaty and tired Bangladeshi Street Cleaner had been busy earning around SAR 1,000 every month, by sweeping the ground located just outside the Grand Mosque located in Saudi Arabia.

Suddenly an elderly man rushed towards him and hugged him tightly. Teary eyes, the man began crying and told the cleaner that he was, in fact, his brother and that he did not need to work here anymore as he was extremely rich. 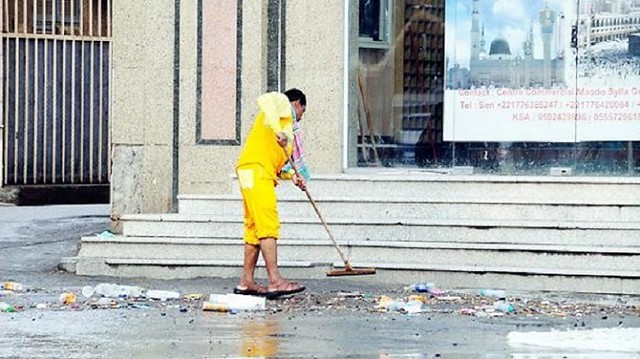 He couldn’t recognize his real brother

The cleaner had initially come to the Kingdom of Saudi Arabia to flee his brother who had reportedly usurped all the family inheritance from the cleaner and had also made him go to jail several times.

Initially, the cleaner could not even recognize his elder brother, due to many years apart and the fact that his brother had donned the pilgrimage dress and had shaved his head. 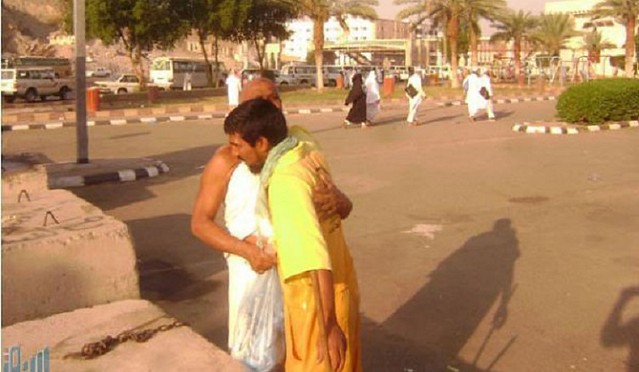 The co-workers were also astonished

Friends and coworkers of the cleaner stared in utter amazement as the elderly crying Pilgrim had nearly choked his brother with kisses and hugs.

This surprise quickly converted into curiosity as the elderly man started to tell their story to the friends and coworkers of the cleaner.

The elderly man stated that the cleaner was not a poor man, in fact, he hailed from a wealthy family, and however, he had left home after the elder brother refused to give him his rightful share of the inheritance.

For all those who are curious to know the inheritance sum, the sum entitled to the cleaner was SR 17 million. However, what changed the mind of the elderly man that he decided to give back everything that was rightfully his younger brothers.

The elderly man answered this question by saying that he could not stop the guilt from overtaking him for several years. He also believes that he has been punished for his treatment of his brother as he suffered from cancer.