Saudi Arabia is a country which people deem as a conservative one. Before approaching o Saudi Arabia, they have certain fears and reservations. I do agree that the laws and norms of Saudi Arabia are bit different than the rest of the world, yet we need to consider the fact that people reside in Saudi Arabia, not aliens.

While going through that assumed list, I was surprised to see that most of the products were actually not banned in the Kingdom. So here is that list of 7 things that people believe are prohibited in Saudi Arabia, yet they aren’t:

1-Men and women socializing with each other: I selected this on top of my list as people fear this the most. People abroad believe that men and women, who are not relatives, never tend to socialize with each other.

they fear that they would not be able to hold talks with a person belonging to an opposite sex. Well, this is not true. In Saudi Arabia, one is allowed to socialize with the opposite sex, however not in a similar manner as in the west.

You would have to face some restrictions here. But it is not that Saudi women do not talk with men at all. If you roam around streets of Saudi Arabia you will see women holding bargaining conservation with male salesmen, women asking for directions from men, women guiding the cab driver, women talking with colleagues and so on! One can easily fetch their food from a nearby grocery store! We have already explained the procedure of bringing pets into Saudi Arabia. 3-Women moving around alone: it is true that women need to have permission from a guardian or husband before moving, yet they can move freely inter-city. It is not that a woman is always be accompanied by a man to move from one place to another.

Women do move around here for different purposes such as acquiring education, fetching groceries or even going out to work. There is no ban on female mobility in Saudi Arabia. 4- Women undertaking jobs: women of Saudi Arabia are working side by side with men to boost the Saudi economy. It is not that Saudi Arabia is not having a female workforce.

The women of Saudi Arabia are talented and are skillfully serving the nation. Great job opportunities are being provided to women and they are utilizing it perfectly. We have women working in almost every sector. 5-Dolls for girls: If you ever come to Saudi Arabia you will see plenty of dolls in toy stores. So please stop assuming that your girls won’t be able to play with dolls here. The toy stores are filled with local dolls as well as fancy barbies and so. 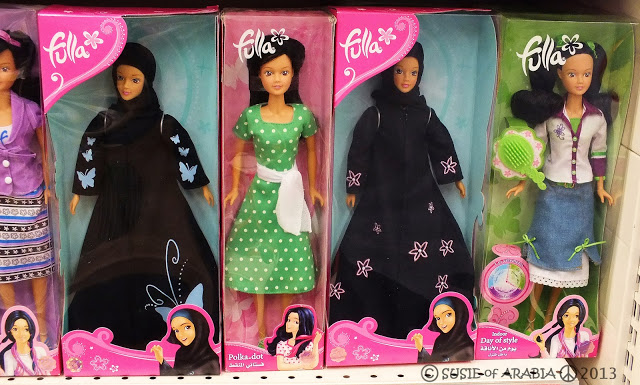 7- Books and movies: Well, I must say this perception is quite natural. After all, we have had a ban on cinemas for such a long time. Yet in Saudi Arabia, one can definitely watch a movie on TV and can even download them.