Planning a Visit to Saudi Arabia for Your Next Vacation? Check Out Some Important Facts About the Country Before Creating Your Itinerary.

Despite being a relatively new kid on the block in terms of tourist destinations, the Kingdom of Saudi Arabia provides its visitors with an unmatched travel experience. The country has recently reinstated the issuance of tourist visas in an attempt to diversify its economy and shed its reliance on oil. Let’s take a look at some of the things about Saudi Arabia you should know about.

The Kingdom of Saudi Arabia is one of the few countries in the world that lacks a permanent body of running water. Most of its territory is covered with sand, while its climate is mostly arid and semi-arid. The country receives only negligible rainfall throughout the year. Saudi Arabia’s total area is approximately 2,149.690 km2, which is roughly the size of Western Europe. By going there, you’ll have an excellent chance to experience the largest riverless country in the world. If you want to get more in-depth info about the place, you can hire professional writers in numerous areas like history, religion, and geography.

The first thing that comes to mind when you hear the name ‘Saudi Arabia’ is an expansive desert. However,  the country also has some diverse and breathtaking landscapes. You can visit the mountains in the South and West and enjoy the cities of Baha and Taif. Although it is unimaginable to foreigners, you can even observe snow in the mountainous areas of Tabuk city. Your visit to Saudi Arabia will be incomplete without experiencing the over-the clouds view of Abha city from the Jabal Sawda peak.

The Kingdom is home to Mecca and Medina, which are revered by the 1-billion strong Muslim community worldwide. While Mecca hosts the Kaaba, which was built by Prophet Abraham, Medina is home to Prophet Muhammad’s tomb. However, you will not be able to visit the two cities if you are a non-Muslim. Both cities combine history, spirituality, and a sense of unity. Mecca also provides millions of pilgrims with an unforgettable experience during Hajj. Medina has many historical sites, such as the Quba Mosque and the Al Baqi where many sacred people are buried. 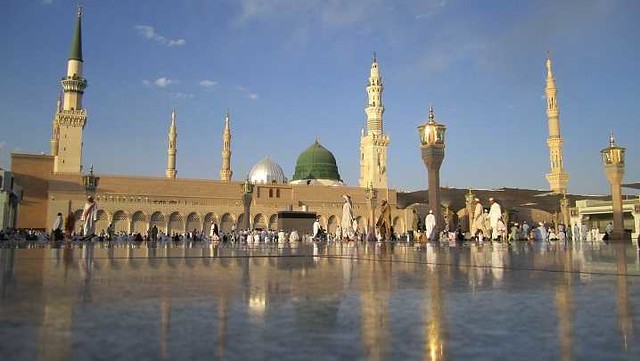 If you are an animal lover, you should definitely visit the Prince Saud Al-Faisal Wildlife Research Center located near Taif. However, it is advisable to arrange a visit to the center by phone. Once there, you will be able to see various endangered species, such as the Arabian oryx, large bustard birds, red-necked ostriches, and Arabian leopard

The Kingdom of Saudi Arabia has a number of vast beaches on the Red Sea, which are largely undeveloped. You can take a boat ride and observe ancient shipwrecks located between the cities of Yanbu, Jeddah, and Al-lith. If you are into scuba diving, you can enjoy the spectacular array of marine life in the Red Sea. You will get to see various sea animals, including barracudas, sharks, turtles, rays, morays, and colorful reef fish. Saudi Arabia is currently developing a major project in the coastal area to make it even more suitable for sailing and scuba diving.

Some 30 percent of Saudi Arabia’s population is comprised of immigrants from different countries, while its original inhabitants come from diverse backgrounds. Therefore, a visit across the country will expose you to a melting pot of cultures. Also, you will be able to visit a myriad of historical sites, such as Taif’s Shubra Palace, Riyadh’s Masmak Fort, Hail’s Barzan, a dam associated with Umayyad empire and Tabuk’s Ottoman Castle.

The Kingdom of Saudi Arabia has a number of iconic symbols of its architectural exploits. One of them is Riyadh’s Kingdom Centre, which is a magnificent residential and shopping complex. You can also visit the city’s observatory, which is 992 feet tall and affords a spectacular view of the nation’s capital. The Al Tayebat International City in Jeddah is another attraction for modern architecture lovers. Built by order of King Sheikh Abdul Rauf Khalil, it is made of coral and limestone blocks. This museum comprises 12 buildings that have some 300 rooms housing different artifacts, such as books, manuscripts, and paintings.

Saudi Arabia is a great tourist destination. You will get to enjoy numerous sites of unique historical, archaeological, and cultural value. The above information will allow you to appreciate the vastness of tourist offerings that the Kingdom provides and help you plan your visit most effectively.

10 Things to know before coming to Saudi Arabia

How to Identify Saudi Gold?

6 questions to ask from children when they return from School

10 things parents should not do for their children