Multazam is basically an area which is bordered by Hajr-e-Aswad on one side and the door of Kaaba on the other. Multazim is a part of Holy Kaaba, Muslims hold it, touch it and kiss it, in order to seek forgiveness and pray for what they wish for.

There are five basic facts about the Multazam Kaaba that every Muslim needs to know which are given below. We have written this kind of articles on other topics as well which can be read through this link. Recommended: 13 Sights of Holy Kaaba you should know about

Multazim Kaaba is an area almost two meters wide in length. It is a place where all prayers (dua) are answered. 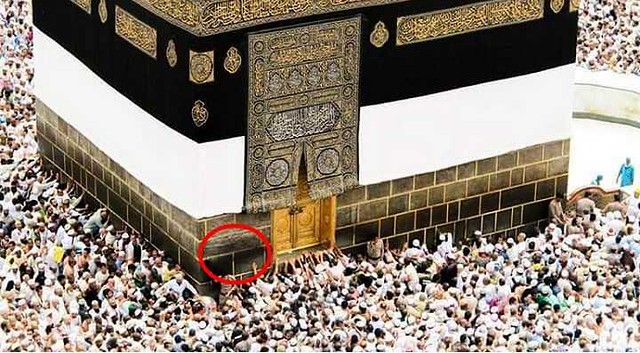 The Multazam is also called the place of clinging. Basically, Multazam literal meaning is clinging as Muslims do pray (dua) in a way that they place their chest, face, forearms, and palms against it and call upon Allah and asking for whatever a Muslim wish.

Shaykh al-Islam Ibn Taymiyah said:  If (the pilgrim) wants to go to the Multazam and place his chest, face, forearms, and hands against it and make dua and ask Allah for what he needs, he may do so.

He may do that before the farewell tawaf as well. It makes no difference if this iltizaam is done at the time of tawaf-e-wida or at any another time. 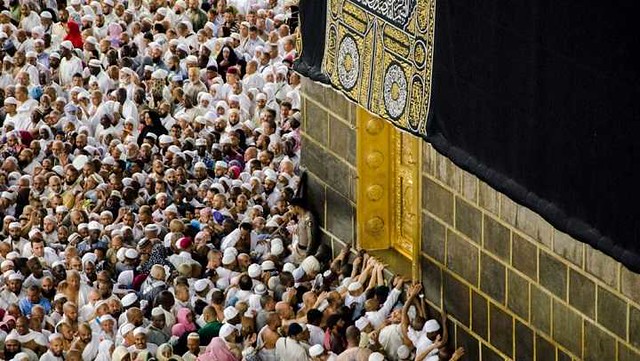 There is no specification or particular pray (dua) that the Muslim should say at the Multazam Kaaba. He/She should just pray for whatever he wishes for.

If a Muslim wishes he may say the dua at Multazam Kaaba that was narrated from Ibn Abbas:  “O Allah, give me good health in my body and protect my religious commitment; let me find my family well and safe upon my return and help me to obey You so long as You keep me alive, and join me, and give me the good of this world and the Hereafter, for You are able to do all things.”   If he stands by the door and prays there without clinging to the House, that is also good. (Majmoo’ al-Fataawa, 26/142, 143). 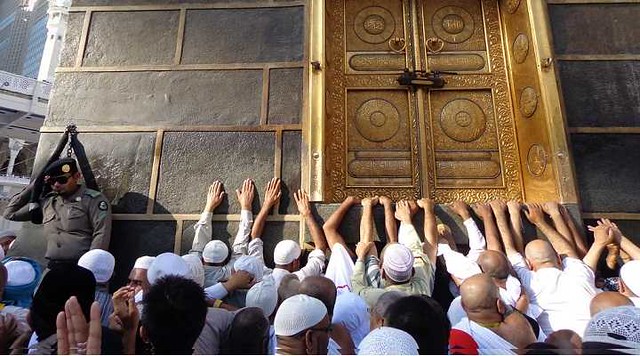 Abdullah bin Abbas (may Allah be pleased with him) said that “The signs of acceptance for any dua made between the Hajar al-Aswad and the door of the Kaaba will certainly be seen.”

A Muslim should not create a problem or difficulty for other Muslims by offering a lengthy prayer at Multazam Kaaba. Give everyone space to pray (dua). It is not allowed to crowd or irritate other Muslims.

Moreover, it is not permissible to annoy others in order to cling to the Multazam Kaaba. If Muslim gets space easily then he should do dua. Otherwise, it is good for every Muslim to pray while circumambulating and when prostrating in prayer.