Khobar Tower was bombed on 25 June 1996 by a terrorist group who aimed to strike U.S Airforce. The attackers drove the explosive tanker truck near the complex and then escaped in their vehicles just before the explosion.  Here are few more facts about Khobar bombing that every Saudi resident should know.

The Khobar Tower Bombings explosion was so loud that it was heard some twenty miles away. The explosive that was used in the attack were transported from Beirut.

2-The intensity of Khobar Tower Bombings: This attack left a crater of 85 feet (26 meters) wide and 35 feet wide approximately some 10.6 meters. 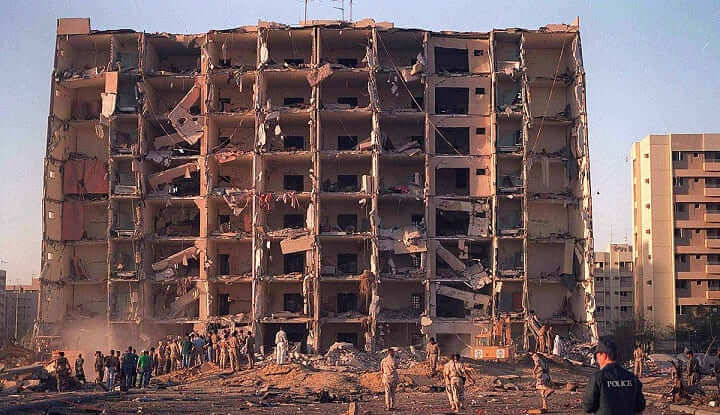 3-Casualties: Khobar Towers was the house of 2,000 U.S. military personnel that were assigned to King Abdul Aziz Airbase in Saudi Arabia. This attack caused the death of 19 U.S. service members and injured nearly 500 people.

The U.S. service members were stationed there in order to patrol the no-fly zone in Southern Iraq that had been declared after Persian Gulf War.

4-Who attacked Khobar Tower? This attack killed the U.S. officials to file a case against the leader of Hezbollah. Iranian backed Saudi Hezbollah terrorist group. The U.S. accused nearly 14 men among which 13 were Saudi and one was Lebanese after five years of the attack.

The bombing was planned for more than three years by Saudi Hezbollah who wanted to get rid of the American from the Saudi land.

The attorney general John D. Ashcroft said in a news conference while announcing the indictment that the Iranian Government Officials inspired, supported and supervised the members of Saudi Hezbollah group and helped them in the attack.

After the attacks, Saudi Arabia challenged U.S. Jurisdiction in the case because the incident happened in the Kingdom. 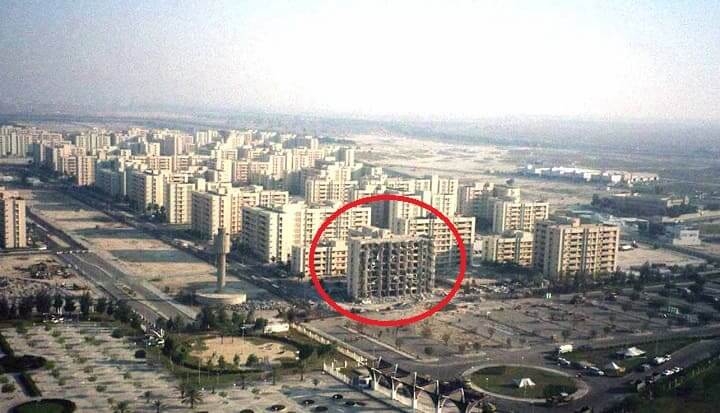 6-Suspects were not handed over to the U.S.: Saudi 13 men were Saudi among those who were charged for attacking the Khobar Complex. Some of the suspects of the Khobar Tower Bombings were in Saudi custody while other remained fugitives.

Saudi officials said that the extradition was not possible and the men who were in their custody would be tied in the Kingdom.

The names of these four men remained on the FBI’s list of most wanted terrorists for two decades after the attack.

The main suspect in the 1996 bombing of the Khobar Towers residence at a U.S. military base in Saudi Arabia has been captured after nearly 20 years on the run, a Saudi-owned newspaper reported on Wednesday.