When one enters Ihram he/she is to abide by some rules and regulations. There are certain actions and activities that are forbidden while one is in Ihram.

One cannot shave off the hair of the head after he/she has worn the Ihram. However, the Muslim scholars also direct Muslims to not to shave off any hair of the body while they are in Ihram. Therefore, it is forbidden to shave or cut hair in Ihram.

It is not only restricted to cutting the hair of the body, one is not allowed to cut nails, pulling out the teeth and causing blood to come out of the body including blood donation. It is also not allowed to comb your hair as it may lead to falling some hair from your head.

“And do not shave your heads until the sacrificial animal has reached its place of slaughter.” – Quran 2:196

Use of perfume is also forbidden in the state of Ihram. One cannot apply perfume on clothes or directly on the body. It is also forbidden to use perfume in any other way while one in Ihram. In fact, you cannot even use shampoo or soap with perfume.

Hanoot is basically a perfume that is used to wash the dead ones. Prophet Muhammad S.A.W asked the people to wash a deceased Muhrim with water and leaves of the Lotus plant.

Ibn Abbas narrated: “We were with the Messenger of Allah on a journey when he saw a man fall from his camel, his neck was broken, and he died, and he was a Muhrim.

So the Messenger of Allah said: ‘Wash him with water and Sidr, and shroud him in his garments, and do not cover his head. For indeed he will be resurrected on the Day of Judgment saying the Talbiyah.'” – Jami` at-Tirmidhi 951 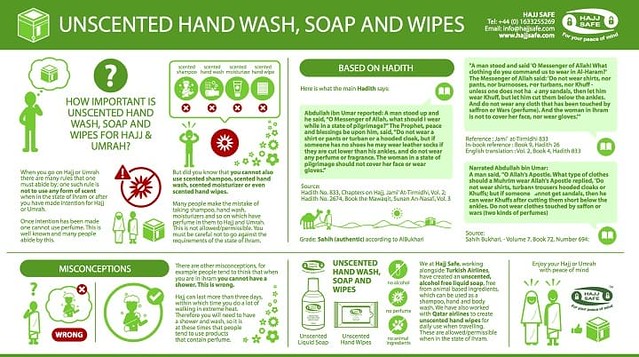 It is forbidden to have intercourse while he/she is in Ihram. According to the Quran, those who wish to perform Hajj and have entered Ihram shall restrain from having intercourse with their wives. They shall also refrain from sins and not hold unjust disputes with anyone during their Hajj.

Whoever has made Hajj obligatory upon himself therein [by entering the state of ihram], there is [to be for him] no sexual relations and no disobedience and no disputing during Hajj – Quran 2:197

It is also forbidden to touch your wife with a desire while you are in Ihram. When Allah says not to have a sexual relationship with wives, it includes that you cannot touch or kiss your wife with desires. 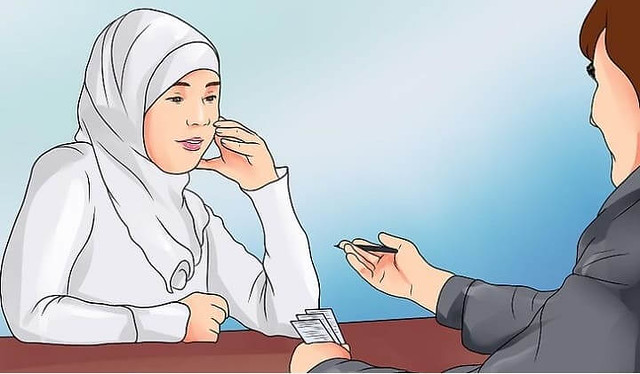 It is forbidden to hunt an animal while he is in Ihram. This prohibition is very much clearer in the Holy Quran. Some scholars say that you cannot even kill insects which are not harmful to others.

For example, don’t kill an ant while you are in Ihram. However, there is nothing wrong with killing a snake or scorpion.

O you who have believed, do not kill game while you are in the state of ihram. – Quran 5:95

It is forbidden for a male to wear stitched item while in the state of Ihram. Prophet Muhammad S.A.W briefed that a Male Muhrim cannot wear any stitched item including Shirts, Robes that have hoods, Trousers, Slippers made of leather and Turbans. The scholars have forbidden Muslims from wearing the garments that are sewn. 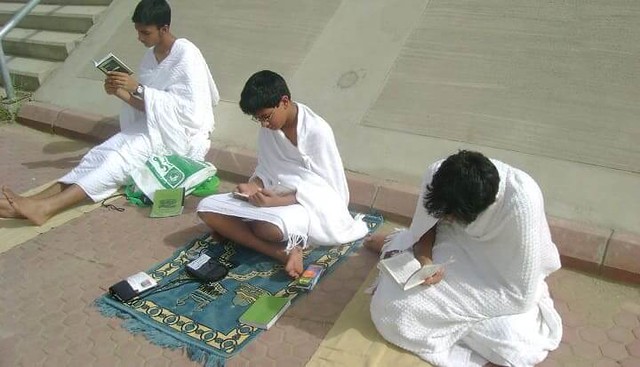 Muslim females who have entered Ihram either for Hajj or Umrah cannot wear niqaab in a normal way. This means that they cannot cover their faces in a way that the piece of cloth touches their face. There are special kind of niqabs available for women which cover their faces but does not let the cloth to touch their face.

We should take care of these things and stay away from all these actions that are forbidden while we have entered Ihram.

However, Allah Almighty has eased upon Muslims that if they did undertake any of the forbidden activities because of their ignorance or they were forced into it, they can pay a penalty and get away with it. Recommended: What is dum/fidya in Hajj and Umrah?

If a Muslim hunted an animal while he was in Ihram, he has to bring in an eatable animal (like sheep, cow, goat, camel). This animal has to be brought to Kabah and shall be equivalent to the animal that was hunted and killed. – Quran 5:95