Can a man pray Salah/Namaz at home in Islam? According to Hadith, there are 6 reasons a man should not pray at home.

Can a man pray Salah at home?

According to many Islamic scholars, a man cannot pray Namaz at home unless there is an emergency situation that does not allow him to go to a nearby mosque. 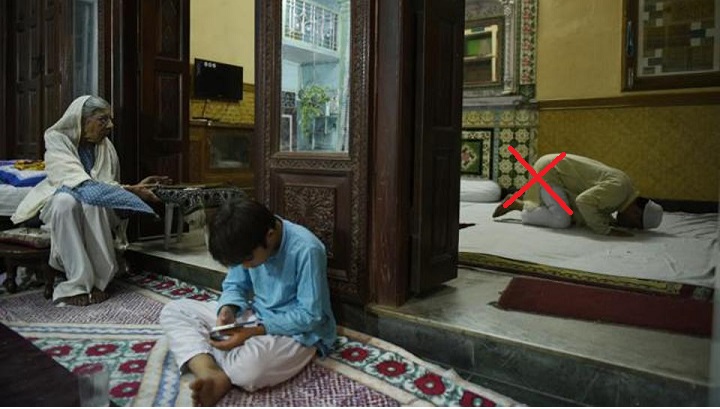 The following hadith explains how bad it is for a man to pray Salah at home instead of going to Masjid.

Prophet Muhammad ﷺ said: No doubt, I intended to order somebody to pronounce the Iqama of the (compulsory congregational) prayer, and then I would go to the houses of those who do not attend the prayer and burn their houses over them. – Sahih al-Bukhari 2420

Prophet Muhammad ﷺ said: The prayer in congregation is 27 times superior to the prayer offered by a person alone. – Sahih al-Bukhari 645

Angels pray for the person

In another Hadith, Prophet Muhammad ﷺ said When a man is performing Salah in congregation in a mosque, the angels continue to invoke Blessings of Allah on him as long as he is in his place of worship in a state of Wudu. – Riyad as-Salihin 1065

Absolution from the Fire

Whoever performs Salat for Allah for forty days in the congregation, catching the first Takbir, two absolutions are written for him: absolution from the Fire, and absolution from hypocrisy.” – Jami` at-Tirmidhi 241

Ever wondered why the Quranic verses and Hadiths do not affect our hearts? It is because we have stopped praying in congregations at mosques.

Prophet Muhammad ﷺ said people should desist from failing to attend the congregations, otherwise, Allah will seal their hearts, and they will be among the negligent. – Sunan Ibn Majah 794