The green dome over the Masjid al Nabawi is also commonly known as the Gunbad e Khizra. People have associated some false stories about the Green Dome of Masjid al Nabawi, so we thought to clear those misconceptions.

Green is the color of Islam and that is why the dome was colored Green. However, interestingly the green dome was not always green.

It was first made out of wood and had a brown color, later it was colored white, blue/purple and then on the orders of Sultan of Ottoman, ‘Abd Al-Hameed it was given the green color in 1253 AH. 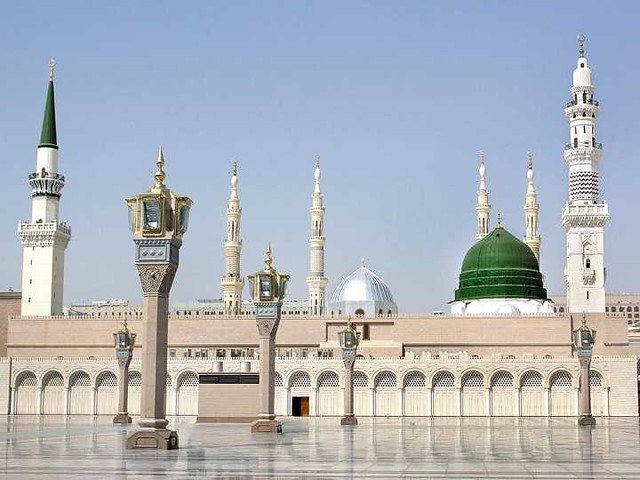 A very famous story is narrated that once a man tried to demolish the green dome. As he stood over it and was about to damage it, lightning struck and killed the man.

When people observed a dead-body on the dome and wished to get rid of it, they simply couldn’t. Miraculously, no one was able to lift the body. Then a pious man living in Madina was instructed through a dream to bury the body where it is. He went there and buried the body in the dome.

But this is not true. The fact is that nobody was buried there. Rather what people assume it to be a grave is actually a window! The window is now sealed so that water won’t pour into the sacred chamber. 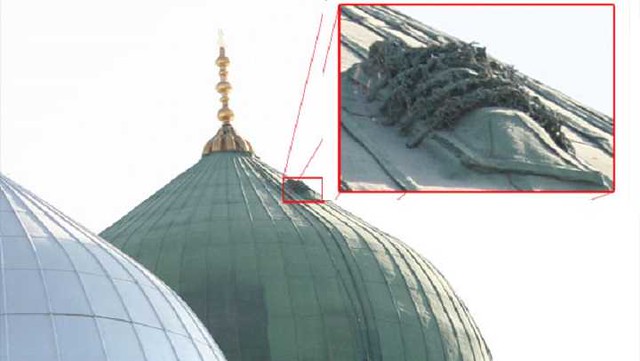 People believe that some ordinary people are hired to clean up the chamber and look after it. But this is not true.

The people who have been assigned this blessed task are the Eunuchs from Abyssinia. These people live in seclusion and unfortunately are getting extinct. There are only 5 Eunuchs left.

Those who believe that the Prophet’s grave was always covered with dome are misguided. The fact is that the dome was constructed by the Al-Naasir Hasan ibn Muhammad Qalawoon in 678 AH. 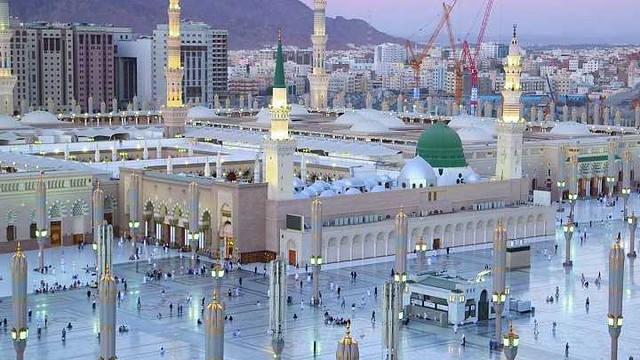 Well, it is a wrong concept. A fire took the mosque and dome into its grips so much so that the walls of the inner chamber and that of pentagonal got affected and were reconstructed. The incident took place in 1477 AD.

People in the past did decorate the tomb with gold and silver jewels. Later they were taken off. The grave, however, is a simple one. It was never decorated. The grave is two cubits long and 41 inches high.

Do you know that there are several attempts made by non-believers to steal the body of Holy Prophet Muhammad S.A.W? However, by the grace of Allah, none of them was successful in their ambitions.