Sneezing is among few miracles in our body and is a reflex mechanism to get rid of dust particles, smoke or allergens in the nose because they are irritating. People from different cultures and beliefs say “God bless you” after sneezing. They have different explanations for this.

One of the reasons is that when one sneezes, the trapped vapors and the annoying object is expelled out from the nose and mouth with pressure, usually accompanied by a loud sound, and the whole body shakes as if it was an earthquake.

Our heart just skips a beat and doesn’t stop. Sneezing is a blessing of Allah and we should thank him for that as we are protected from various diseases and also during the process, our heart doesn’t stop completely and we are alive. Our eyes are also protected as we close our eyes automatically as a reflex mechanism to protect them from harm.

One more reason is that it is said that our soul would depart from our body through the nose. We thank Allah that while sneezing he didn’t take our soul. Allah dislikes the act of yawning but likes the act of sneezing as it makes his creation say “Alhamdulillah” and while yawning, Shaytaan laughs at us. 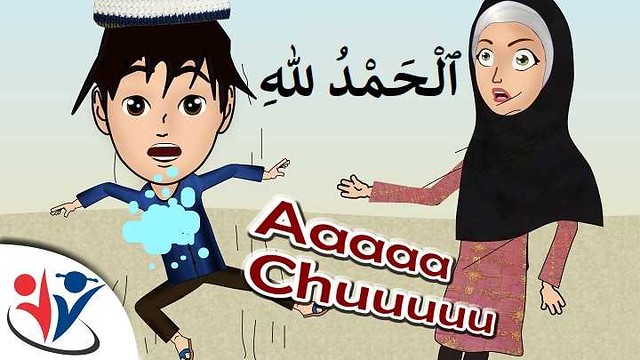 Sneezing is very good for health medically. You must be shocked to read this but this is actually true. It plays a key role in our immune system as it helps keep us safe from foreign infections and antibodies. Following are few medical benefits you would love to know about sneezing:

1-Sneezing is a fast action which releases 100,000 germs from our body in one go.

2-Sneezing helps a person and provides relief as he/she gets rid of the trapped vapors in the head, which may lead to infections and diseases and preventing from sickness and pain.

3-The irritating material is prevented from entering into the lungs as it is trapped in the nostrils and released through a sneeze.

4-Sneezing lightens the mind and makes a person feel comfortable

5-It also helps to reboot and clear the nose and allows breathing in of healthy air.

6-Eyes are closed while sneezing which avoids blood capillaries and tear ducts from contamination from bacteria and viruses.