Meezab e Rehmat is a gold spout on the top of the Holy Kaaba between Rukn e Iraqi and Rukn e Shami from where rainwater tumbles onto Hijr Ismail. In this article, we have explained the meaning of Meezab-e-Rehmat and described the history associated with it. Recommended: 13 Sights of the Holy Kaaba you should know about

What is the meaning of Meezab-e-Rehmat?

The golden spout is generally known as the ‘Meezab-e-Rahmat’ which means “The water outlet of mercy”. Some people call it the gutter of the Holy Kaaba which I believe is not an appropriate name to be associated with the sacred building.

Is there any Islamic importance of Meezab Rehma?

It is reported that the Prophet Muhammad S.A.W supplicated under that Meezab-e-Rehmat. Water streams down from the top of the Holy Kaaba and people think about this water to be magical and full of Shifa. However, there is no such confirmation that states the religious or scientific importance of this water. 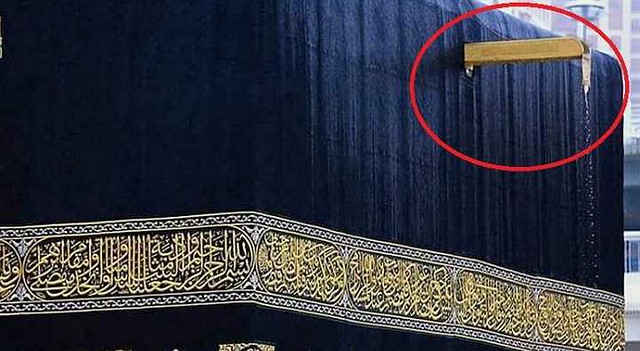 1-History reveals that the Quresh were primarily the ones to develop a top on the Kaaba and join this down the pipe. Preceding their establishment, there was no top or no downpipe from Kaaba. The first roof of Kaaba was made up of pinnate (dates tree leave).

2-Meezab-e-Rehma was said to be re-designed when Kaaba was re-designed in 1417 A.H. The dimensions were retained to be the same when Head Sultan Abdul Majeed Khan remodeled the Meezab in 1273 A.H.

3-There are few Arabic words which are: ‘Bismillah Hir Rehman Nir Raheem’ and ‘Ya Allah’, written on the front part of Meezab-e-Rehmat. 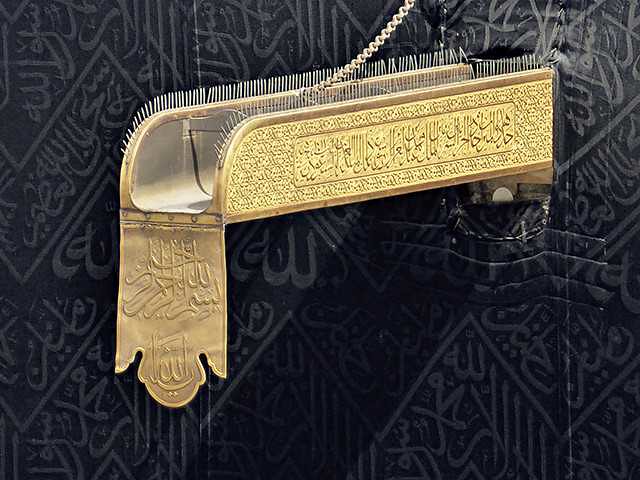 4-There are sharp pointed spikes installed on it on the side of spout facing the sky so that birds do not gather around it.

5-Previously, it was made from materials like wood, silver, and iron. In 1554, Salman Qanuni covered the spout with a silver mask. Then in 1573, his son Salem Sani built gold plated Meezab. During 1586 to 1594, Waleed Bin Abdul Malik re-built the meezab from pure gold. 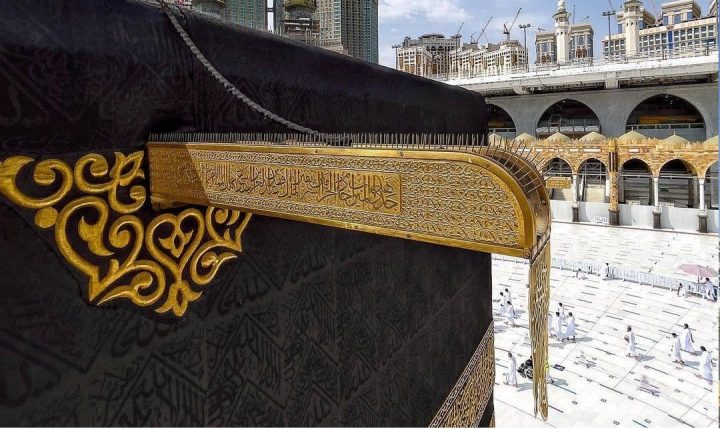 6-The length of Meezab-e-Rehmat is 253 centimeters and the width is 26 centimeters of the spout. The portion which is inside the wall of the Kaaba roof is 58 centimeters.