Point of sale (POS) fraud has become very common these days. Here are some points which every retail and POS system-based business should know to avoid the point of sale fraud.

The risk for retailers

All retailers are at risk of POS fraud at any time. Usually small and medium-sized businesses are more at risk as the security systems are not advanced and hackers can easily bypass security systems. In 2014 on average the cost per breach was estimated to be $201. 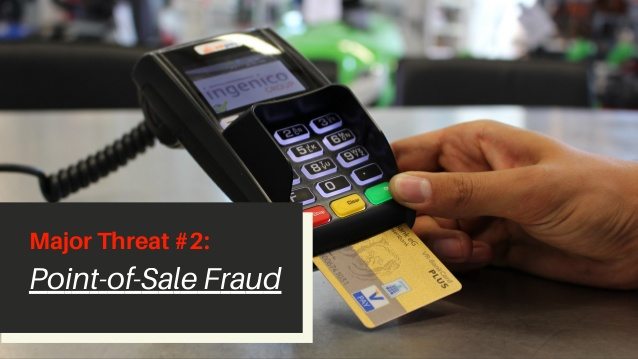 The cyber-crime attack methods used for point-of-sale fraud mainly comprise of skimming and memory scraping. It involves the interception of payment card data.

The point of sale systems is widely installed in hypermarkets which is an easy target for hackers who can take steal thousands of dollars. Half of the total credit card frauds occur in the US and the rest of the half is committed in the rest of the world.

Date magnetic strip technology is commonly in use for transactions in North America. By coming October, every retail user has to use EMV chip and PIN technology on his debit or credit card that would reduce the possibility of POS fraud.

Cybercriminals are quick-minded and can give a very tough time to retailers. Retailers need to improve the security of their systems in order to avoid any kind of theft by hackers. Retail businesses should incorporate an incident response plan for sufficient security measures.

Internet Connection is the biggest risk

The Cisco 2014 Midyear Security Report on Industry Trends has explained that the POS which are constantly connected to the internet can easily be hacked by hackers resulting in the theft of confidential information.

They have easy access to point of sale system which leads to costly thefts. It is recommended for retail systems to detach their data systems from the internet and WIFI connectivity. It lessens the risk of online hacks and thefts to a minimum level.