Several varieties of mushrooms contain selenium, which is good for your bladder. When exposed to sunlight they produce vitamin C as well. The oyster mushrooms are a potent source of Iron. They are also low in calories. Around six medium white mushrooms have only 22 calories.

It is a fact that Mushrooms are the only type of vegetable or fruit that is a source of this essential vitamin. Much like humans, the mushrooms also produce vitamin D when they are shown sunlight.

Exposing these mushrooms to high levels of ultraviolet B, just prior to being sold, helps in converting the plant sterol ergosterol into the sunshine vitamin. In the United States, Portobello mushroom fortified with Vitamin D is already being sold on the open market. 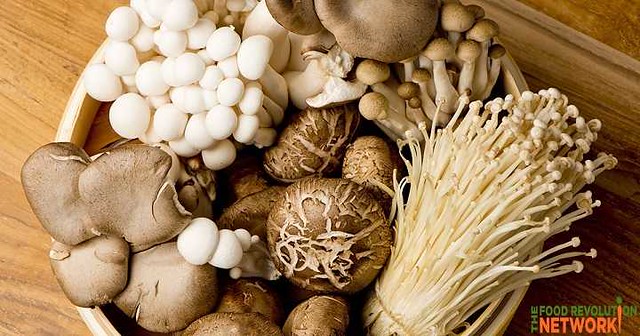 A study which had been conducted on mice and published by the ASN or American Society for Nutrition had found that the white button variety of mushrooms help in promoting the immune function by increasing production of antiviral and various other proteins which are released by the cells as they are trying to repair and protect the tissues of the body.

Further studies have shown that the mushrooms also help in the promotion of maturation of the immune system cells which are called dendritic cells, from the bone marrow.

When it comes to antioxidants i.e. the substance that helps in fighting free radicals that occur as a result of oxidation inside our body, we are much more likely to think of bright-colored vegetables rather than the neutral hue mushrooms.

However, another study that was conducted at the Pennsylvania State University had shown that the ORAC or Oxygen Radical Absorbance Capacity, which is a measure of the total antioxidants of the food, of the Portobello and cremini mushrooms were equal to that of red peppers.

The B Vitamins are essential for turning food or carbohydrates into fuel or glucose, which the body burns in order to produce energy. They also help the body in metabolizing fats as well as proteins.