You might have noticed EIGHT pieces of alabaster on the right side of the door of the Holy Kaaba upon a gutter. Do you know, around 200 years ago, these marbles were stolen? Recommended: 13 Sights of Holy Kaaba you should know about

It is one of the rarest types of marble in the world known as “Mary Stone,” distinguished by a yellowish-brown color, and it is said to be 807 years old.

The Caliph Abu Jafar Al Mansur gifted these alabaster marble pieces when he re-established the circumambulation terrace of the Grand Mosque in the Hijri year 631; the date was recorded under a blue colored stone below one of the rare pieces of marble. 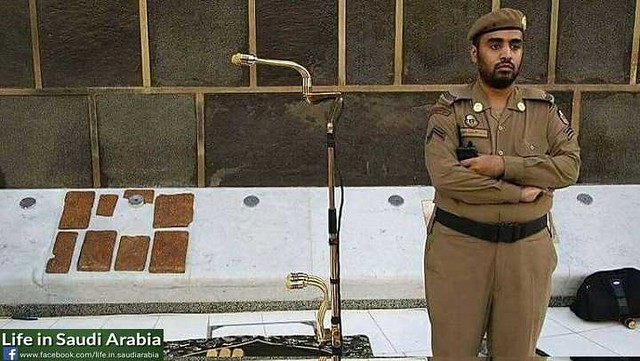 The details were explained to Al Arabiya by Mohi Eddine Al Hashemi, an investigator in the Management of the Affairs of the Two Holy Mosques.

The biggest piece is 33 cm in length and 21 cm in width. The pieces are attractive and show interesting dedication. 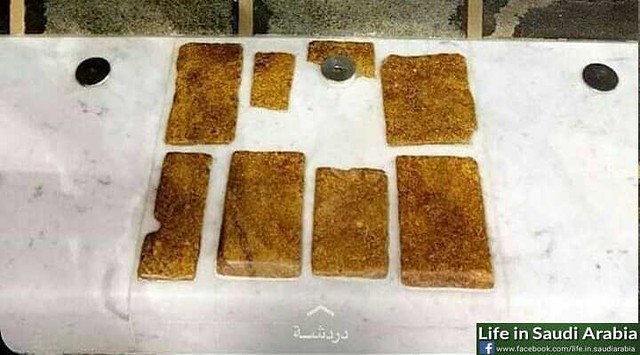 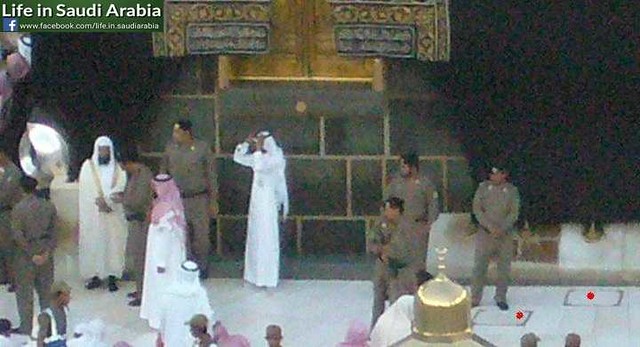 In 1213 (Hijri), the marbles were stolen. They were later found near a dead body of a man. They were put back to their original spot in 1377 (Hijri). Reported in an English Saudi newspaper. 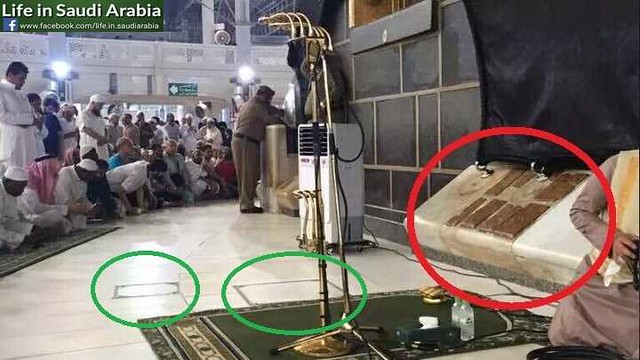