Masjid e Aisha is a beautifully constructed mosque at a distance of few kilometers from the Masjid Al Haram. It is one of the most frequently visited Ziyarat places in Makkah.

1-The people of Makkah mostly refer it as Masid e Aisha but you will find few calling it Masjid Taneem and Masjid Umrah.

2-Masjid e Aisha is designated for the people of Makkah to wear Ihram to perform Umrah. In other words, this is actually the Miqat for the residents of Makkah.

3-The pilgrims who come from different countries or cities and wish to perform another Umrah while staying in Makkah, go to Masjid e Aisha to enter into the state of Ihram. 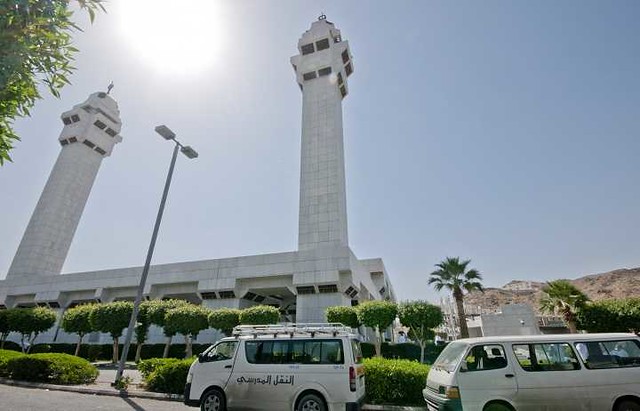 4-One can reach Masjid-e-Aisha very easily by Local buses. You can easily find a local bus from Bab-e-Fahad of Masjid Haram.  These buses will take you to the masjid in about 15 minutes.

If you hire a taxi for the very reason, it will charge you 5 times for the local bus! (if a bus charges 4 Riyals, a taxi is likely to charge 20 Riyals). 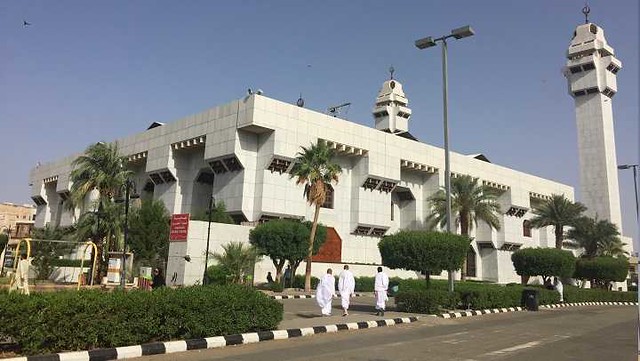 5-The reason why pilgrims go to the masjid for wearing ihram is that Hazrat Aisha رضي الله عنه went there to enter ihram. She and Prophet Muhammad ﷺ along with some companions were going to Makkah to perform an Umrah. Hazrat Aisha R.A. could not enter ihram as she was having her periods.

As this was an unavoidable natural phenomenon, she was unable to perform her Umrah. However, when she got purified and could perform Umrah, she told Prophet Muhammad ﷺ with her desire for performing Umrah. The Prophet ﷺ  told her to go outside Makkah and enter Ihram. 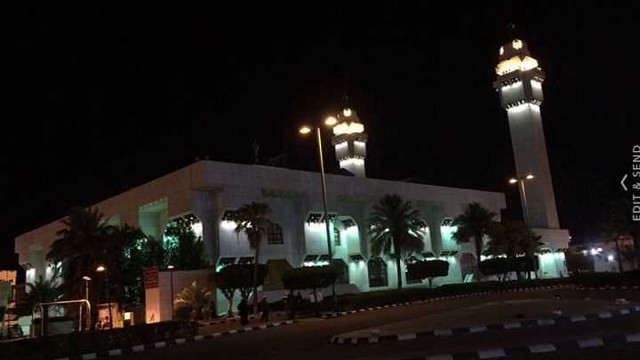 She was guided to go to Taneem for entering ihram. And that explains why people of Makkah go this mosque to wear Ihram and why it is called Masjid e Aisha. – Sahih al-Bukhari 1787