A few years ago, 4 fully covered women were spotted playing cards inside the courtyard of the Grand Holy Mosque of Makkah.

What made them play a board game there when millions of Muslims visit there just to seek the mercy and blessings of Allah?

The pictures of girls went viral on social media

Pictures of these women soon went viral on social media which showed four women sitting cross-legged and busy playing board games. This picture caused an array of comments on social media. 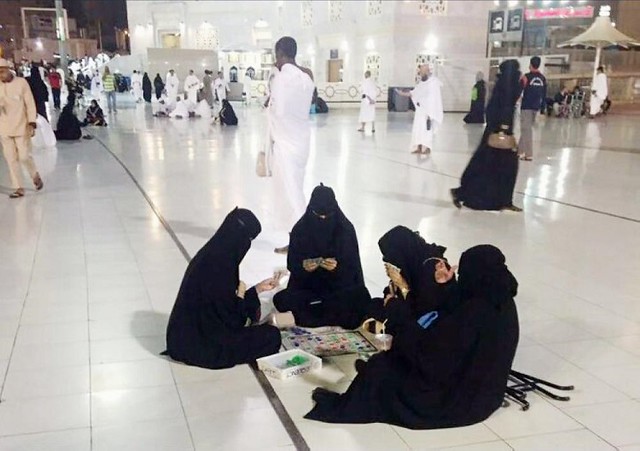 After the women were spotted the operation room was alerted and the women section at General Presidency was asked to deal with the situation.

The action was taken by the authorities

The lady’s supervisors went near the playing women and requested them to respect the sanctity of the mosque and stop their game.

The women soon reacted and obeyed the order and without arguing and creating any disturbance they quietly stopped their game and left the place.