A police station in Zulfi, a small city around 250 km northwest of the capital Riyadh came under the attack of terrorists on Sunday.  Saudi Police countered the attack bravely and killed 4 terrorists who were involved in the attack.

Al Arabiya television said on Sunday, citing its own sources that all 4 terrorists who attack a police station in Riyadh have been killed by Saudi forces. Security forces responded to their attempt to break into the premises of the Saudi police station.

Saudi Arabia’s State Security Presidency said in a statement carried by the state news agency reported that 3 security personnel were injured during the operation. 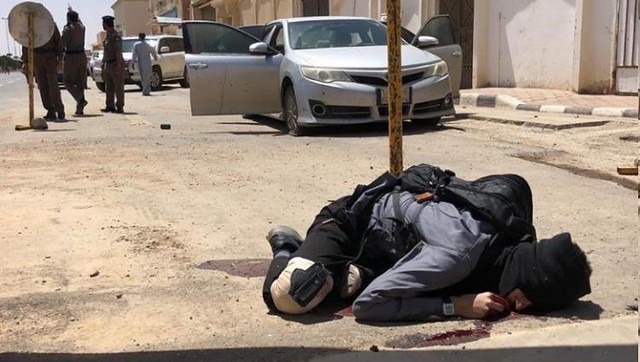 Online videos, which Reuters could not immediately verify, showed a car at a checkpoint with its doors open and two bloody corpses splayed on the ground nearby. Al Arabiya said the attackers had been carrying machine guns, bombs, and Molotov cocktails.

#News #Breaking
4 terrorists killed in an attempt to strike at a government building at Alzulfi, Saudi Arabia pic.twitter.com/TWRGrWz3sm

Militants have targeted security installations for years in Saudi Arabia, the world’s top oil exporter, after the authorities crushed an Al Qaida insurgency more than a decade ago.

Last year, a member of the security forces and a Bangladeshi resident were killed in an assault on a security checkpoint in nearby Buraidah, and a policeman was killed in a separate attack in the western city of Taif.

An investigation into the identities of the assailants is currently underway, and whether or not the group was in the possession of explosives – with more details to be revealed as the inquiry continues.