Home Latest News Torture Cases 4 Saudis run over an expat by car for not giving the... 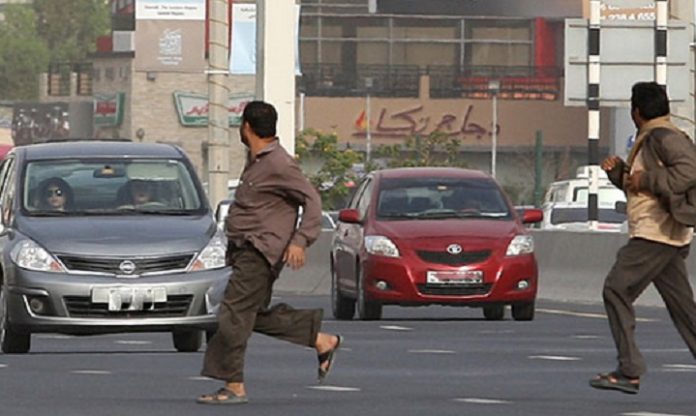 It was April 16, 2016 (7/8/1437 Hijra) when a Sudani Expatriate lost his life in the Kingdom for no reason. The expatriate passed away after getting hit by the car in the Eastern Province.

Recently, the Eastern Province Police was able to resolve the case of the Sudani National after arresting the 4 Saudi nationals involved. It took four long years but justice has prevailed.

The Eastern Province resolved a four-year-old car run-over case. Muhammad Al-Dreihim the Assistant Media Spokesman for the Eastern Province Police claimed they have made a thorough investigation for the four long years and later found out the culprits and arrested them.

The police also stated to have conclusive evidence against the arrested. The investigation revealed that the four Saudi citizens were involved in a fight with the Sudani expatriate over the right of way for driving in Dammam.

The small discussion turned into a heated argument and the four Saudis pushed the expatriate by running their car over him and fled the scene.

The four Saudi citizens are now arrested and regulatory procedures have been initiated against the four. Later the four accused will be referred to the Public Prosecution.