The Saudi authorities have imposed strict rules to contain the spread of the virus. We are aware of the curfew imposed in the Kingdom to stop the movement of people and the one who violates the curfew are strictly penalized according to the stated laws.

Recently Saudi Authorities have arrested 34 residents including the citizens and expatriates who were noticed violating the curfew and not following the precautionary health measures put in place to stop the further spread of the deadly disease.

In Riyadh, two Saudi nationals were arrested for violating the curfew. The two posted their video where the two were seen recklessly driving in a residential neighborhood and firing gunshots in the air terrorizing the public. 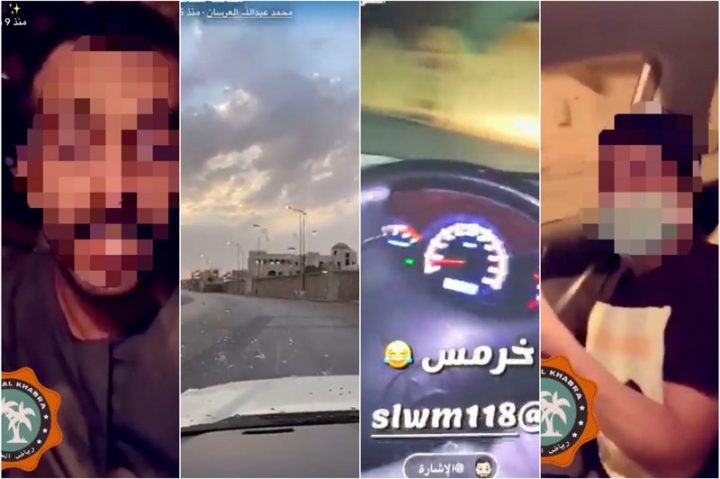 The two boosted their action after posting the video on social media. Another Saudi national was arrested by Riyadh police who verbally abused the residents in one the governorate.

Three Bangladeshi expatriates were arrested for bringing barber to their home violating the precautionary health measures.

Three Pakistani expatriates were also arrested in Jazan for violating the same precautionary health measures. The Pakistani expats were arrested for turning their residence into a makeshift barbershop.

The barbershop activities are banned in the Kingdom until further notice in order to prevent further spread of the infectious disease.

In the Qassim region, some employees were arrested for transporting people inside their vehicles and hiding them from the security officials while passing through the checkpoints.

A woman was arrested

A woman was arrested in the Asir region after she posted her video which was recorded while driving during the curfew hours.

Saudi Police has arrested 2 individuals for violating the #coronavirus curfew in #SaudiArabia.How much Fine? https://bit.ly/3aiwttt

An expat was arrested

A resident was also arrested for driving his vehicle without a license plate during the curfew hours and boosting his action on social media.

The authorities claimed that they have arrested 34 individuals and some of them are now referred to public prosecution for investigation.