Many Muslims are not aware of the fact that there are 3 types of Hajj in Islam namely Hajj Ifrad, Hajj Qiran, and Hajj Tamattu.

The first type of Hajj in Islam we are going to discuss today is Hajj Ifrad. Hajj Ifrad is also known as isolated Hajj as it is not accompanied by Umrah. The one who performs an isolated Hajj is known as Mufrid.

Who can perform Hajj Ifrad?

Hajj Ifrad is normally performed by those who live within the Miqat i.e. who reside within the boundaries e.g. people living in Jeddah. One has to wear the Ihram for Hajj only.

No Umrah with Hajj Ifrad

A person performing this type of Hajj in Islam cannot perform Umrah. However, if he does perform Umrah during the Islamic months Shawwal, Dhul-Qa’dah, and Dhul-Hijjah, he is no longer performing Hajj Ifrad.

If he performs Umrah in these 3 months, now it is due to him to perform one of the other two types of Hajj in Islam.

A Mufrid cannot exit the state of Ihram until he throws stones at Jamarat. The stoning at the Jamrah Al Aqabah is done on the day of Eid. A Mufrid can offer a sacrifice of an animal; however, he is not liable to do so. 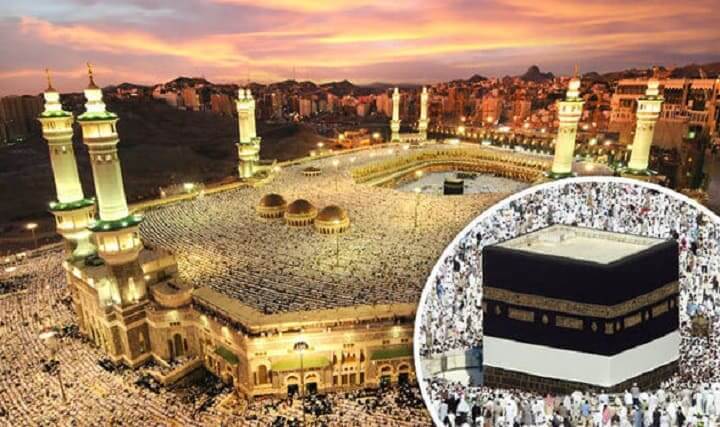 A Qarin has to wear the Ihram with the intention of performing Hajj and Umrah. The Umrah shall be done before Hajj days start.

It is due upon Qarin to sacrifice an animal that he has brought from within Miqat after the Hajj.

The third type of Hajj in Islam is Hajj Tamattu and the one who performs it is called a Mutamatti.

This type of Hajj in Islam is also accompanied by Umrah. However, a Mutamatti enters Ihram for Umrah and leaves the state of Ihram, he can then enter a new Ihram for Hajj. People who perform Tawaf al Qadoom are actually performing Hajj Tamattu.

While he is not in a state of Ihram he is allowed to do things that are Haram for people wearing Ihram.

A Mutamatti is liable to offer an animal sacrifice. However, Allah Almighty has briefed in Quran that if a person cannot offer a sacrifice, he shall fast for 10 days including the 3 days of Hajj.

The remaining 7 fasts can be kept by him after he returns to his home. 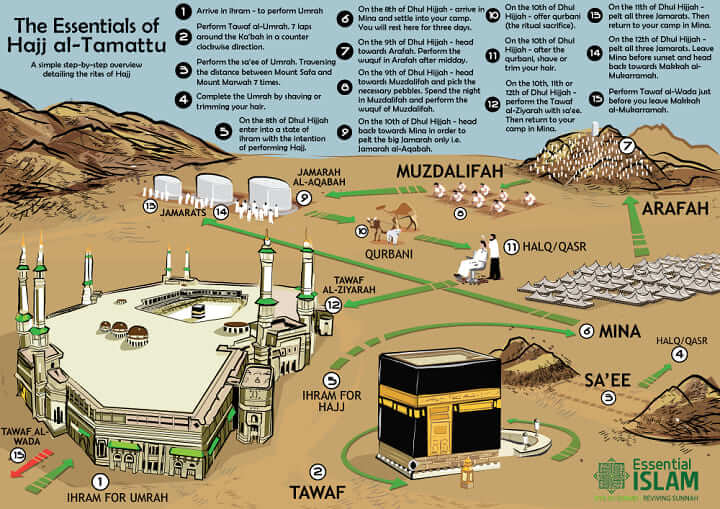 What is the best type of Hajj?

Although there are 3 types of Hajj in Islam, normally people coming to Saudi Arabia from all around the Islamic world perform Hajj Tamattu. They perform an Umrah, leave the situation of Ihram, and enter into Ihram again before Hajj.

However, people who are living within the boundaries of Miqat perform Hajj Ifrad.