Ajman Police have successfully cracked down on a gang who used to steal money from people’s bank account. The gang comprised of three Pakistanis who would call people to update their bank account information and then hack their accounts to take away the money.

The gang includes a woman as well: the three used phone fraud to steal as much as Dh2.8 million from people’s bank accounts. 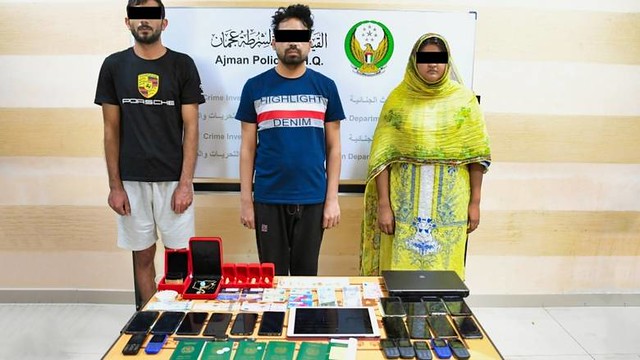 Ajman police were able to trace the gang after a woman came to them and complaint she had been duped by the phone frauds who had stolen away Dh10,000 after she provided them with the bank details.

How did they use to cheat?

She received a call from an unknown caller who claimed to be the banking executive. She was asked to update her banking details over the phone call. After some time, it was revealed to the woman that Dh10,000 had been stolen from her account. 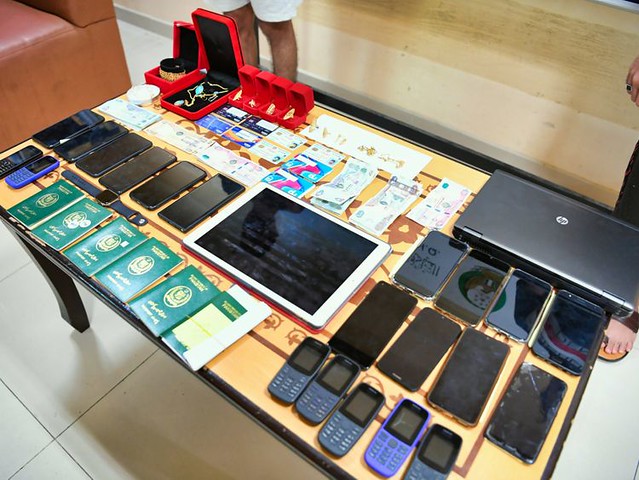 The gang was arrested by the police from the residential towers in the Al Nuaimiya area in Ajman, after conducting serious investigations.

What did the police recover?

They had 21 mobile phones, tablets, and laptops with them. Also, they carried bank cards in others’ names which were used to carry the fraud successfully.