The three friends, all of age 22 were living their lives to the fullest in Al-Khobar passed away in a road accident. They were born and bought up in Dammam.

Shafeeq who came from the Malappuram district had completed his education and was now working along with his father named Saidalavi Haji at a commercial establishment.

Ansif, who had hailed from the Wayanad district, was graduating from Bahrain.

Sanad who came from Kozhikode was aiming for higher education as soon as travel restrictions were to be uplifted due to the Covid-19 outbreak. 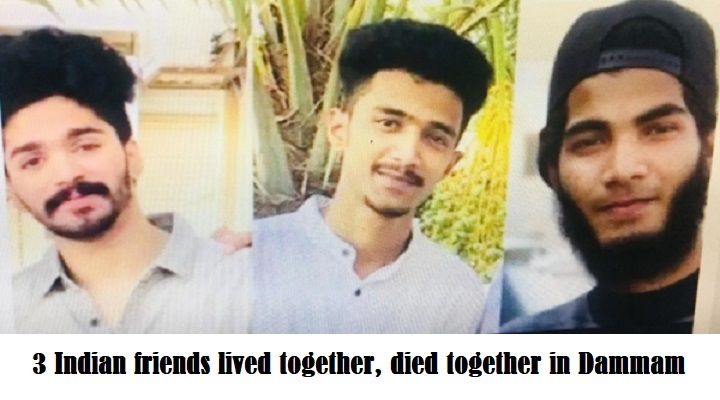 They had their schooling together at the International Indian School of Dammam. They spent their childhood and early teens together and now lie in graves near each other!

The reports claim that their car lost control at the road which is parallel to the Dammam Al Khobar Highway and just near Dhahran. The car hit some other cars, flipped, and turned upside down causing the immediate death of all three friends.

The social workers of the Nas Vakkam, Jaafar Kondotty, and Shaji Wayanad, facilitated the burial procedures. A large number of people were spotted at the Dammam Medical Complex morgue and at Dammam cemetery to offer funeral prayers and rituals at 2 p.m. on Friday.

The people, the families, and acquaintances mourned at the death of the perfect trio: the trio who had lived and eventually died together!