Women across the globe are fighting for their rights and this is one of the things that delight me the most. Watching the women rising and demanding their rights that for centuries haven’t been granted is what I see as the biggest achievement of the 21st century.

Thereby, I decided to take up the three most common lies that have been spread across the country and even worldwide about women rights violation in Saudi Arabia. I have also stated correct facts relating to them. I hereby urge the Saudi society to get their facts right before spreading any information.

The most common lie about women rights violation in Saudi Arabia is that the women in Saudi Arabia cannot have a medical surgery unless they show an approval form signed by their male guardian.

The truth is that the hospitals in Saudi Arabia would ask for a signature even if you visit an ER. The hospitals won’t ask for a guardian’s signature for surgery unless the patient is under 18 years of age.

The signature should of the person who is an adult: no matter it is male or female. The simple procedure is that the hospitals in Saudi Arabia would ask for the signature of the patient and if the patient is underage, then there must be an approval of a guardian.

The second most spread lie is that the women in Saudi Arabia are not allowed to work without the permission of a male guardian. However, the fact is that this was a law of the past which has been abolished for more than 7 years from now. The Custodian of the Two Holy Mosques: King Salman, has made it clear that no job shall have such a clause therein. 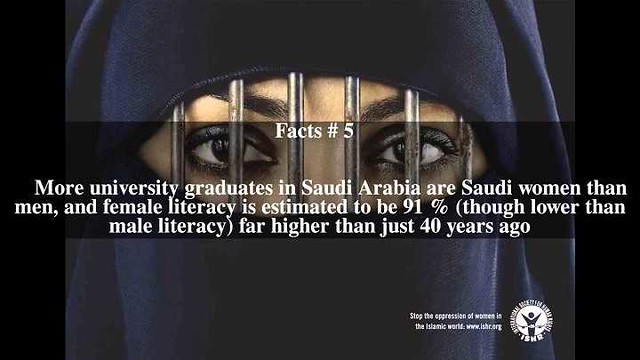 The third most common lie regarding violation of women rights is that the women in Saudi Arabia cannot undertake education unless they have a male guardian’s approval over it. This is the most baseless thing that I have ever heard as there has never been any law that has demanded such.

There are women in Saudi Arabia who have graduated from Universities against the will of their families and even without their consent.

Thereby, stop spreading false news as women rights is a sensitive topic. Such false news can create and is creating hate among the two genders. Let’s get our facts right before believing in any news that is viral on social media and electronic media.