The story of Abdul Rahman bin Auf R.A, who was the richest Sahaba reveals his business strategy through which Abd al-Rahman ibn ‘Awf attained a huge net worth.

Abd Al-Rahman ibn ‘Awf R.A was one of the very early people who accepted Islam. He is one of those ten people whose entry to paradise was told by Prophet Muhammad S.A.W.

The Net Worth of Abdul Rahman bin Auf R.A

Bill Gates is the second richest person in the world as of July 2019 and his total net worth is $104 billion while Abdul Rahman bin Auf R.A stood at $606 billion.

The story of Abd Al-Rahman ibn ‘Awf R.A R.A shows that he was 6 times richer than the Bill Gates. Ever wondered what was the business strategy of Abdul Rahman bin Auf R.A? How did he make all this money? His privileged background was common knowledge as he was the son of a successful businessman, ‘Auf Bin ‘Abd ‘Awf.

Abd Al-Rahman ibn ‘Awf R.A R.A was known as a business sensation; his father saw his abilities early when he had taken him out for his business conferences. It didn’t take much time that he became the most successful entrepreneur of his time.

When Abdul Rahman bin Auf R.A arrived in Madina after migration, he had left all his wealth back in Makkah and he had no money at all, so he had to start from the beginning or we could say that start from scratch. In 622 AD, Almost 70 Muslims migrated to Madina with their families.

It was a summer season. In Madina, they stayed with the Ansar in their houses, until they could arrange for their own homes. Abdul Rahman (RA) was paired up with Sa’ad Bin Ar-Rabi’ah (R.A). He was one of the well-off men of Madina.

At that time, Sa’ad (RA), with big-heartedness and kindness towards his new brother, told Abdul Rahman (RA), “Dear brother, I have the most money among the people of Madina. I have two farms and two wives. See which farm you like, I shall empty it for you, and I shall divorce the wife out of two who is attractive to you.”  It is the generous example of love that Muslims had for each other.

Sa’ad Bin Ar-Rabi’ah was ready to give his wealth and family for the happiness of Allah and offer it to his Muslim brother. Many of the Muslims accepted the division offered to them by their Muslim brothers of Madina, the response of Abdul Rahman bin Auf R.A was quite impressive.

It is going to give you goosebumps and you will truly appreciate and respect the will of a Muslim. Abd Al-Rahman ibn ‘Awf R.A R.A answered to Sa’ad Bin Ar-Rabi’ah (RA) by showing great gratitude, “May Allah bless you with your family and money but show me the way where the market is.” He was talking about “The market of Qainuqa”.

Abd Al-Rahman ibn ‘Awf R.A. business strategy was not to take a loan or gift from anyone because he had a firm belief that Allah (S.W.T) would provide him, and he had trust in his ability that he could earn in the open market by finding opportunities.

Abd Al-Rahman ibn ‘Awf R.A was a skilled businessman, trained by his father. Before accepting Islam, he was one of the lucky young men of Makkah who was born with a silver spoon. He had so much experience that he can smell opportunities and see them everywhere.

His passion for seeking opportunities has allowed him to enter the market, use his business wisdom and get benefits from opportunities. After entering the market from which businesses did Abdul Rahman start?

Abdul Rahman bin Auf R.A started his trading in a very modest and self-effacing way but he was sharp in scaling the chances he found to convert them into an excellent career of trade progress. He had started his business by selling some yogurt (dried buttermilk), Oil and butter.

The initial capital of Abdul Rahman bin Auf R.A business was 2 or 4 dinars from where his net worth became $605 billion. Soon he quickly found that horse-trading had a good scope in the market. So he started to trade the horses, he realized that the profit ratio in this business very small due to great and increasing supply and demand.

He expanded his business soon so he started to sell the saddles also for the horses, which was very much money-making business as compared to sell horses. As he bought and traded different commodities, saddles, and horses, due to the volume he turned over, his earnings raised rapidly.

The brighter future turns into a reality when there are cleanliness and purity in your heart, you are doing your trade with honesty and you know how to measure or scale rightly.

From the day one when Abdul Rahman bin Auf R.A began his own business in the market of Qainuqa in Madina, Allah (SWT) blessed him with reward beyond his expectations. 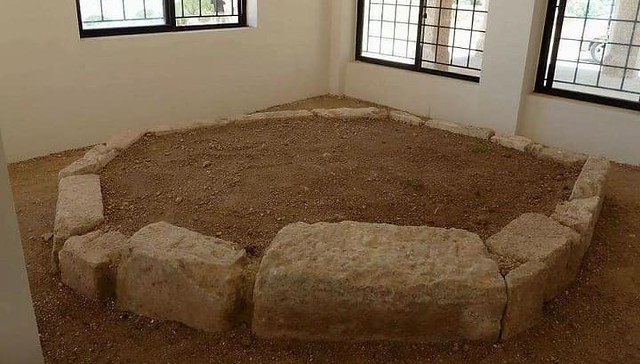 The story of Abdul Rahman bin Auf R.A. reveals his business strategy which is based upon 3 basic principles.

The first principle of Abdul Rahman bin Auf R.A business strategy is cash. He always bought goods on cash and sold on cash. (No credit deals)

The second principle of Abdul Rahman bin Auf R.A business strategy is he always tried to avoid storage of goods, he sold goods even if he was offered with one penny of profit. It derived a High level of flow of money, so the main emphasis was on making earnings by increasing profits.