A Saudi citizen residing in the Sabya Governorate has accused his wife of pouring burning acetate while he was sleeping. He was rushed to King Fahd Central Hospital, Jazan, and was admitted to the intensive care unit.

The police, public prosecution, and other concerned authorities are still investigating the case.

She threw acid when he was sleeping

According to the husband, he was sound asleep in the hall of his house, when his second wife came in and sprayed burning acetate liquid on his face. 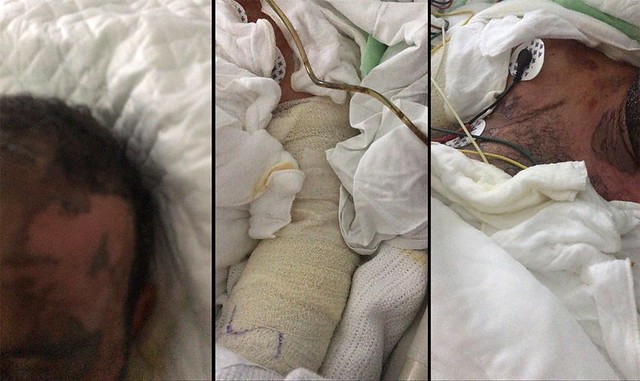 She locked the room

She then locked him up in the room and had the intention of doing the same. Luckily the husband got access to the spare keys of home and ran away.

He then asked his neighbors to take him to the hospital as his face was burning and his sight was reduced.

He had a dispute with his wife

He told that they had a quarrel over an issue and he decided to sleep in the hall. He told her that in the morning, she shall leave for her parent’s house. The next thing he knows that his wife was spraying burning liquid on his face.

This incident has caused mental and physical damage to the husband. He still cannot believe that his wife could go to this extent.

The wife has been granted bail. The husband says that this is a poor decision as she roams freely as he suffers from health deterioration.