The prestigious project initiated by the Crown Prince Muhammad Bin Salman for the renovation of the Holy Mosques is launched to ensure that the historical mosques of the kingdom be retained.

The Renovation and Rehabilitation of Historic Mosques in the Kingdom Project are based on the renovation of 30 mosques in 10 different regions.

One of the mosques’ refurbishment has been completed and it is absolutely beautiful. The newly refurbished Al-Jal’oud Historic Mosque has taken the internet by storm, it is located at Old Town (Al-Baldah Al-Qadeemah) in the southern part of Sumairaa City in Hail region in northern Saudi Arabia. 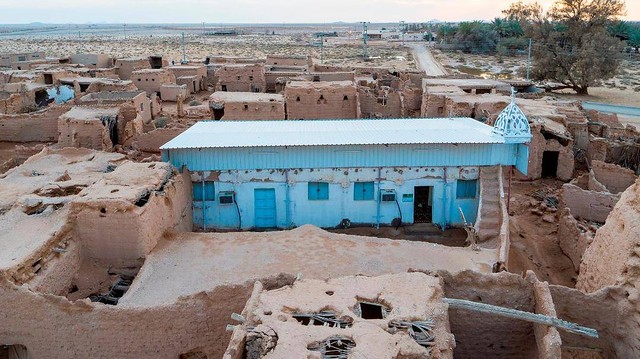 Al-Jal’oud mosque is 266 years old, it was constructed in 1175H, which ranks it among one of the oldest mosques of the Sumairaa City. People from the nearby regions would visit the mosque to offer their congregational prayers, especially of Friday.

It has been rebuilt and refurbished multiple times. It was rebuilt in 1347H and has been named after the Al-Jal’oud family. After that, it has been renovated several times.

It is built of mud, masonry, and blocks

It has been built according to the Central Region’s architectural style. It is built of mud, masonry, and blocks, while the roof is made of Ithil wood which is covered with iron sheets. Such a roof structure allows preventing the rainwater from entering the mosques. 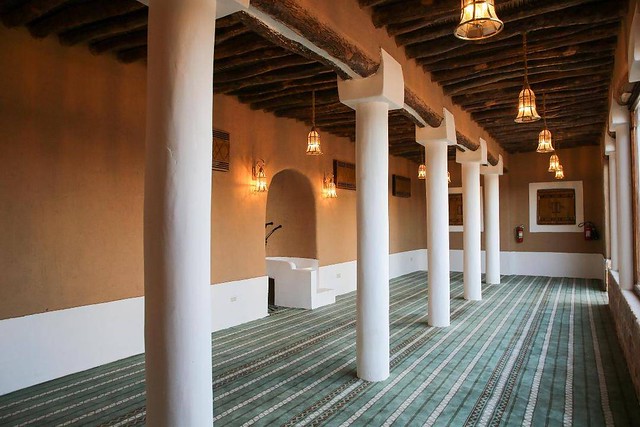 Originally, the mosque was built on an area of 227 sq. m. and a capacity for 80 worshipers. The recent refurbishment has allowed adding restrooms and ablution areas for men. Its area is now 250 sq. m. and it can accommodate 129 worshipers at a single time.