Upwards of 2.5 million workers of non-Saudi origin are currently receiving a monthly salary which is below SAR 500, whereas around 2.3 million foreign expatriate workers in the Kingdom earn less than SAR 1000 per month.

The total number of expatriate’s workforce in the Kingdom of Saudi Arabia is around 8 million.  This news had been reported by the Al Watan Daily on Thursday and had quoted an official report which had been made by the GOSI or the General Organization for Social Insurance.

In accordance with the report by the GOSI or General Organization for Social Insurance, around 34,500 Saudis are paid less than SAR 2,000 per month, whereas the salaries of more than 128,000 Saudi local workers do not exceed a monthly sum of SAR 3000.

It is stated that around 250,000 Saudis, as well as 230,000 expatriates, are currently receiving monthly salaries which are either SAR 10,000 or more. By looking at the statistics stated above, one question comes to mind.

We must ask ourselves whether throwing out the expatriates from the Kingdom of Saudi Arabia is going to achieve the objectives of betterment that have been set by the government of Saudi Arabia. We must also realize that most of the local Saudi people would not like or wish to work for a monthly salary that is lower than SAR 5,000 per month.

There are currently around 10 million expatriates living in the Kingdom of Saudi Arabia and it has been reported that half of these expatriates are earning a monthly salary of SAR 1000 or less than the amount.

Instead of sending all expatriates back home, another way in which this problem could be tackled would be to allow the expatriates to start businesses in the Kingdom of Saudi Arabia.

This will help the Saudi market to grow immensely and attract foreign investment as well as investment from the local expatriate community living in the Kingdom of Saudi Arabia at a much higher scale than it is today. 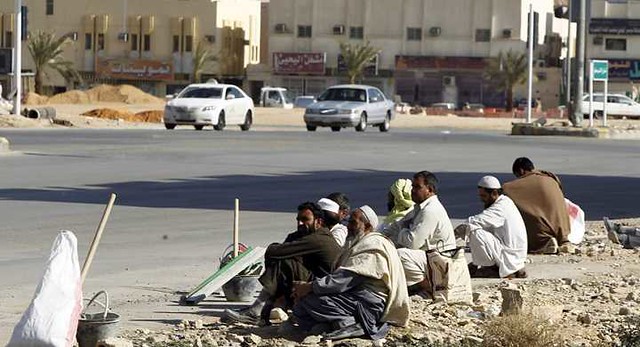 Letting people of other countries and nationalities invest in the Kingdom of Saudi Arabia is one thing that must be done to improve employment opportunities. For those of you who do not know what I am talking about, let me make it simpler for you.

The problem of unemployment does not look like it can be handled by emptying out jobs in the Kingdom that are held by expatriates. Instead, the Saudi Government should aim at the creation of more jobs that can be filled by the local unemployed Saudi population.