Be it good luck or bad luck, it can knock your doors at any time. Time you aren’t prepared for. None of the 22 friends actually knew that they would become millionaires by simply buying the raffle tickets. They were hoping for it for 18 months yet were not having faith. However, luck turned their hope into destiny.

They won a jackpot of AED 15 million

This Sunday, 22 friends who have been buying raffle tickets for 18 months have won jackpot money of Dh 15 million. They are workers whose pay is no more than Dh 1,500 per month, which makes them Dh681,818 richer. All thanks to their ticket that was picked in the raffle draw.

Sreenu Sreedharan Nair and his friends live in the UAE. They all are workers who earn about Dh 1,500. Their ticket number 098165 was drawn at the Big-Ticket Draw by Richard outside the Abu Dhabi International Airport.

They are rich now

Nair, who is 28 years old, works at a private company in Dubai. He and his friends are so over-joyed and over-whelmed that they say they require time to absorb all this: yes, they know they are rich now, yet they need time to truly accept the fact.

He added that they have put Dh25 – two persons’ share is extra to get adjusted in the next series. They have been buying the tickets for 18 months.

Nair said that it is the best time for jackpot to unveil. His parents are settled back home, and his sister is married. He needed money to repay loans and get payment settle for him home. All will be done through the prize money. 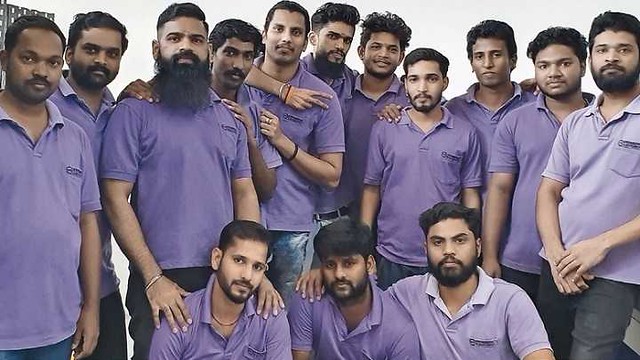 They were going to lose it

Finding the actual winners of the prize money had been a drill for the organizers. They called at the given number which was of Sansih Kumar. The ticket was bought on his card without him knowing. When he was called, he told that he did not know any Nair and thereby hung up the phone.

Nair is receiving calls, congratulating him over the big win! He and his friends can’t wait to go back to Abu Dhabi and receive their cheque.