2-Herfy: It is amongst the largest quick service restaurant brands in the entire Middle Eastern region. It has expanded in recent years to Egypt, Kuwait, Bahrain and the United Arab Emirates.[irp]

3-Afia: One of the most well-recognized brands in the edible oil sector in the Kingdom of Saudi Arabia, the Afia brand is sold around the GCC region as well as Egypt, Iran, Jordan, Turkey and others in Asia.

4-Arabian Oud: Arabian Oud is considered to be one of the largest brands in the whole world in the sector of oriental perfumes. These perfumes are sold in UK, France, Malaysia, Poland and most countries in the Middle Eastern region.

5-Kudu: What started out as a single branch in Riyadh, has now turned into a restaurant chain with more than 300 branches around the world.

6-Panda: A subsidiary of the Savola Group, Panda is now the largest hypermarket chain in the Kingdom of Saudi Arabia and has retail outlets in Egypt as well as the UAE.

7-Chocoline: Chocoline has franchises in Hong Kong, Qatar and the Kingdom of Saudi Arabia and is considered as the chocolate lover’s dream.

8-Abeer Medical Group: This group had extremely humble beginnings but soon witnessed massive expansion. Now it has hospitals located in Qatar, Oman as well as India.

9-STC: This state-run telecommunications giant currently operates in Bahrain and Kuwait under the name of Viva.

10-Tabuk Pharma: Tabuk Pharma is the largest private pharmaceutical company in the entire Kingdom of Saudi Arabia and currently operates commercially in 25 countries.

11-Al Rabie: Al Rabie is one of the earliest brands of juice to enter the Saudi market. Al Rabie continues to thrive not only in the Kingdom but also in the United States of America, Djibouti, Libya, and Mauritania.

12-Almarai: Almarai is one of the largest vertically integrated dairy product companies in the entire world. Their products can be found across the entire GCC region, Jordan, and Egypt. Recommended: 10 Interesting Facts about Almarai Company you don’t know 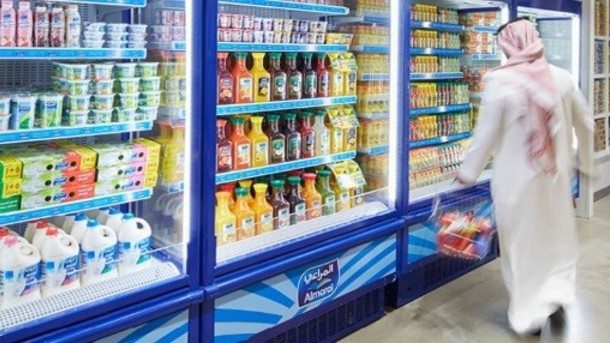 14-Jarir Bookstore: Known more for books than electronics, the Jarir Bookstore has also expanded in countries such as Kuwait, Qatar, and UAE.

16-JamJoom Pharma: Their products are mostly sold in Asia and Africa, with their market spanning over 20 countries. This is a huge achievement considering the fact that the pharmaceutical brand has been launched back in 2000 only.