A Saudi court has given a punishment of 1 year and 5 months in Jail + SR 5,000 fine + deportation + lifetime ban for presenting fake documents.

The man has been charged with forging his Ph.D. in internal medicine. He was working with the forged medical certification degree at a privately owned dispensary in Jeddah for 7 months.

The fake document was detected when the expat took it for MOFA attestation. 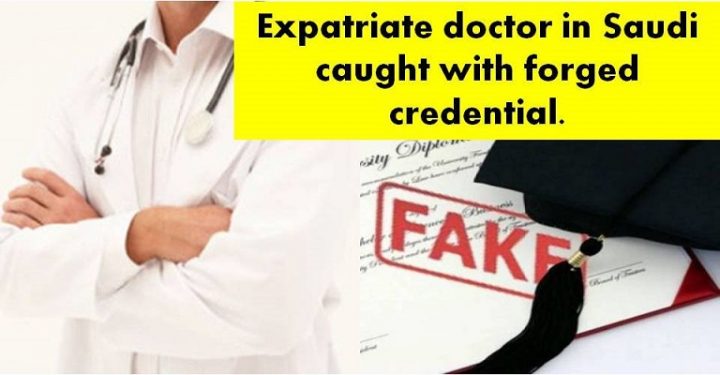 The convicted man stated that he had indeed studied medicine in his own country for a year. However, he had to quit it due to some personal reasons which prevented him from continuing with his studies.

He also stated that he had contacted a professional certificate forgery back in his own country and had asked him to forge for him a fake Ph.D. Degree in internal medicine, and then supplied him with all of the necessary data which also included his personal identification photograph.

He added that he had received the fake degree for only SR 2,000 and was able to obtain employment at a privately owned dispensary in Jeddah.

After 8 months though, the dispensary then asked him for his original certificate which has to be authenticated or attested by the Foreign Ministry of the Kingdom of Saudi Arabia.

I would request all expats to be very careful as Saudi Arabia serves heavy punishment for fake documents.