There are some important places inside Masjid Nabawi that you should visit with the following history in mind on your next trip to Madina. 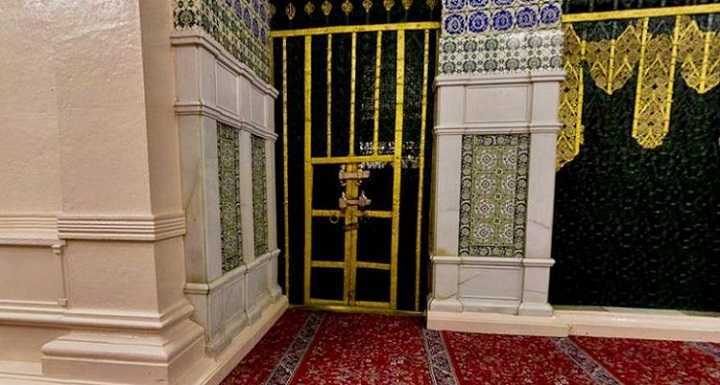 Roda Rasool S.A.W is the most important place to visit inside Masjid al Nabawi. It is the place where the Holy Prophet is buried. This is the very location where he passed away.

Mehrab e Tahajjud is the sacred location where Prophet Muhammad ﷺ used to offer Tahajjud prayer. In order to locate it, one shall search for a raised platform that is just in line with Bab-e-Jibraeel and behind Roda Rasool ﷺ. 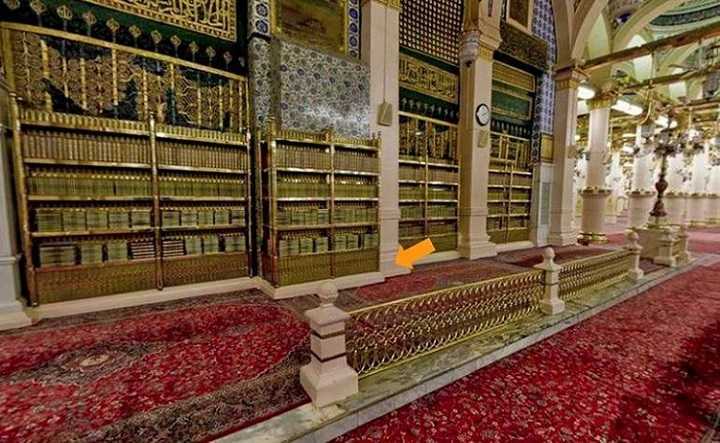 Every Muslim indeed wishes to pray at the exact location where Prophet Muhammad ﷺ used to pray. 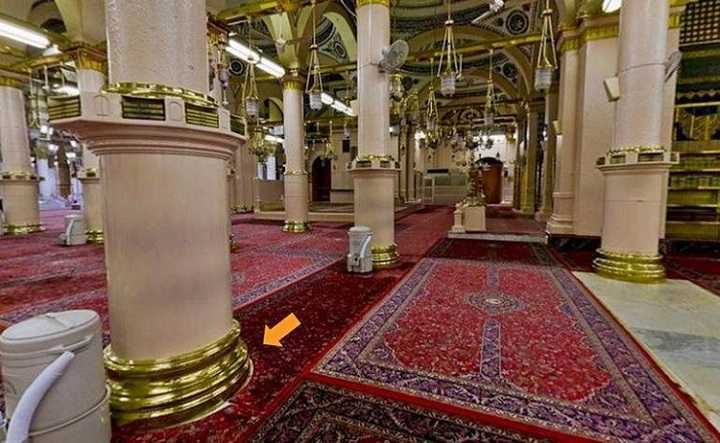 The garden of Paradise, Riyadhul Jannah is located between the Roda Rasool ﷺ and the Pulpit. In order to distinguish, it has been carpeted in green while the rest of the mosque is carpeted in red.

Prophet Muhammad ﷺ said: “Between my house and my pulpit lays a garden from the gardens of Paradise, and my pulpit is upon my fountain (Al-Kauthar).” – Sahih al-Bukhari 1196 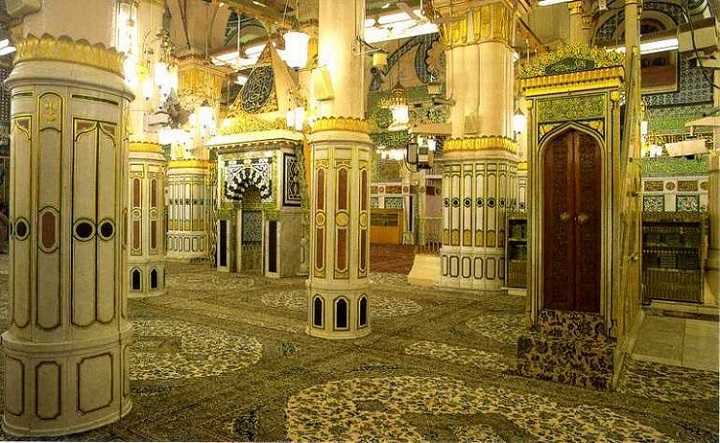 Mehrab is the spot where Prophet Muhammad ﷺ used to pray and lead the prayer in Masjid al Nabawi after the Qibla changed to Masjid al-Haram.

There was no Mehrab at that time. It was built by Umar bin Abdul Aziz رضي الله عنه and the Imam of Masjid al Nabawi still leads the Salah from this place. 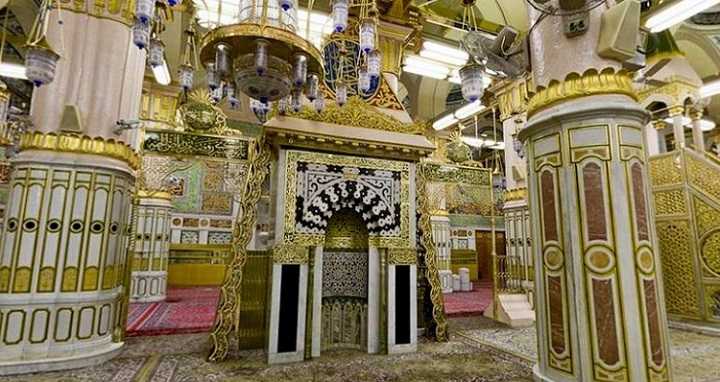 Prophet Muhammad ﷺ would get exhausted while delivering long sermons and in order to give himself a feeling of relaxation, he would lean against a palm tree there.

On the request of Ansar and approval by Prophet Muhammad ﷺ, a Mimbar was made. 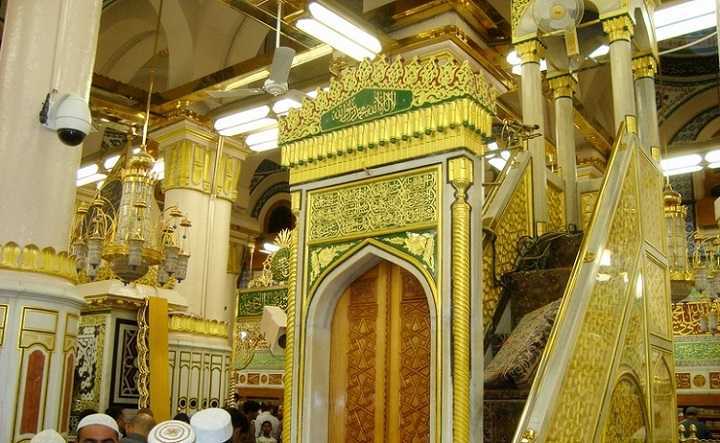 The Ashab us Suffah is the title given to those companions of Prophet Muhammad ﷺ who devoted their lives for the sake of Islam.

The original location was in the north, it was moved towards the back, yet in the same dimensioning in 7 A.H when there was mosque extension.

During the Prophet Muhammad ﷺ era, the main door of the house of Abu Bakr was just adjacent to the western wall of Masjid al Nabwi. For ease of access to the Masjid, another was opened up on the east side.

It was very dear to Prophet Muhammad ﷺ that he ordered not to close the door of the house of Abu Bakr opening into the Masjid. 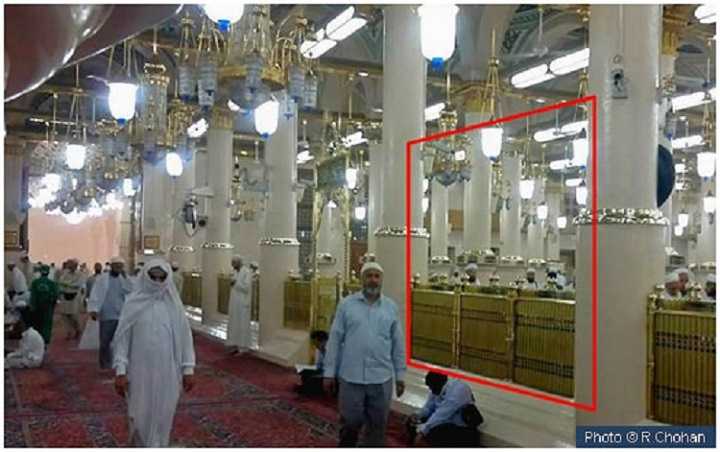 Abdullah Bin Umar رضي الله عنه was the son of the Umar bin Khattab رضي الله عنه. His house was located in the east of Mehrab.

The window which is just opposite Roda Rasool ﷺ is where the house was located.  Its door opened up in the Masjid and Bilal رضي الله عنه used to give Azan by standing on the pillar of the house. 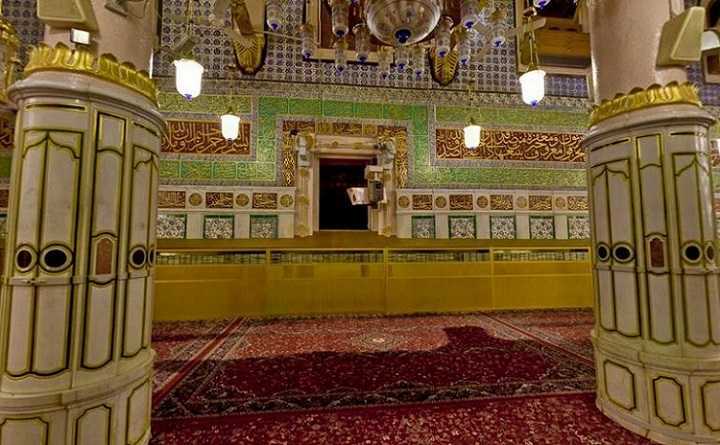 The third Caliph of Islam, Usman رضي الله عنه was the son-in-law of Prophet Muhammad ﷺ. His house can be located outside the Masjid al Nabawi. It is the very house where he was assassinated by two Egyptian rebels. 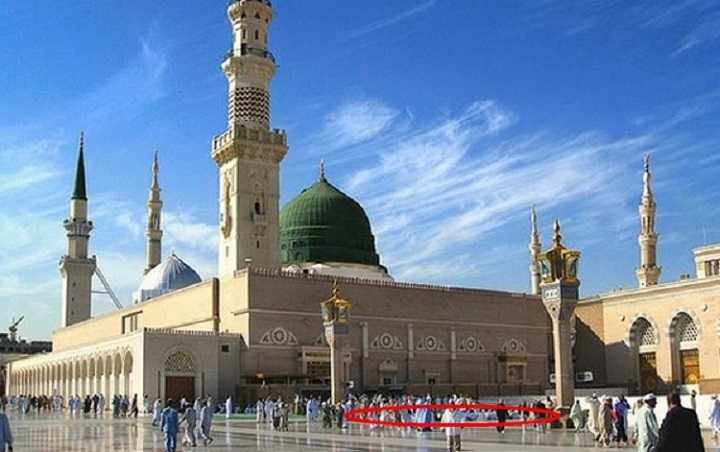 Hafsa رضي الله عنه was the wife of our beloved Prophet Muhammad ﷺ and the daughter of Umar رضي الله عنه. The house of Hafsa used to be in front of what now is Roda Rasool ﷺ.

The red carpet directly in front of Roda Rasool ﷺ is approximately where her house used to be. 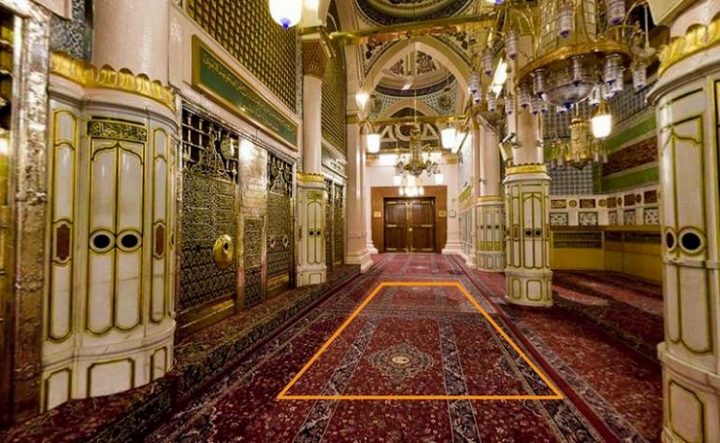 The houses of some Sahabah were located within Masjid al Nabawi at the time of Prophet Muhammad ﷺ alongside the Qiblah wall in front of Roda Rasool. 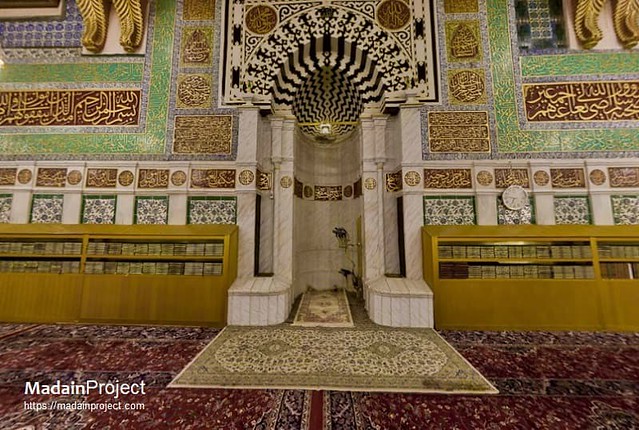