Saudi Arabia is a conservative society. Just other courtiers in the world, where you can wear and do whatever you want (unless unlawful), you need to respect the rules and regulations in Saudi Arabia. You have to dress up modestly and follow certain instructions while you are out in the streets.

For instance, you cannot dance at public places in Saudi Arabia. The National Committee for drug controls has put up a ban on dancing saying that dancing encourages the use of drugs and drug abuse. So yes, never dance on the streets of Saudi Arabia, or you might be detained for it. Recently 14 years old boy has been held after his video of dancing went viral on social media. 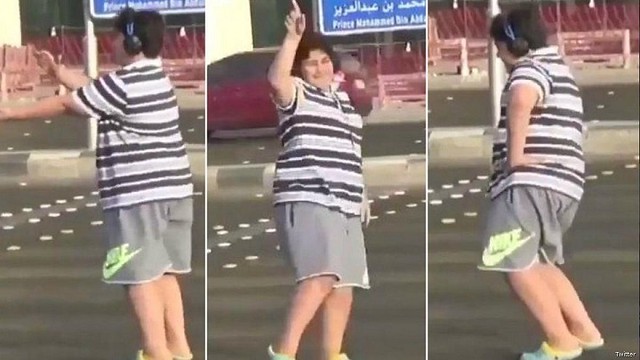 He waited for the traffic signal to go red and went to the middle of the cross walk in front of lanes of cars and started to dance on a vibrant music.  His 45-second act was filmed and went viral on social media. Saudi Arabia, among the Gulf countries, is a country whose people are most active on social media. The video became subject to debate so much so that authorities had to take action on it.

So the boy who was filmed in the coastal city of Jeddah was tracked down and was held by the police. However, the police released him after few hours after giving him a warning that this is not a good practice to dance on the road. He should respect rules and regulations in Saudi Arabia.

The news of his arrest went viral on social media just like his video and people unnecessarily started criticizing Saudi police for arresting him. It was a misinformation on the social media as was just held, not arrested. Moreover, the authorities released him just after giving him a warning.[irp]