Children around the world are vulnerable to kidnapping. Every country reports a significant number of kidnapping cases every year. Kidnapping a child is easy as they are innocent and weak. Moreover, these kidnappers are clever and great at child psychology.

These Kidnappers establish a relationship with the child and thus make them their easy prey. As adults, we should safeguard our child, we should be concerned about their safety. Here are some signs that will help you identify a kidnapper.

If a stranger is asking for a child’s help in opening up a car door because they are carrying weight in their hands, finding their keys or a pet it is definitely a danger sign. A normal person would never ask help from unfamiliar kids but would rather ask an adult to help him.

As children are always taught to help elders, they readily fall prey to their plan. 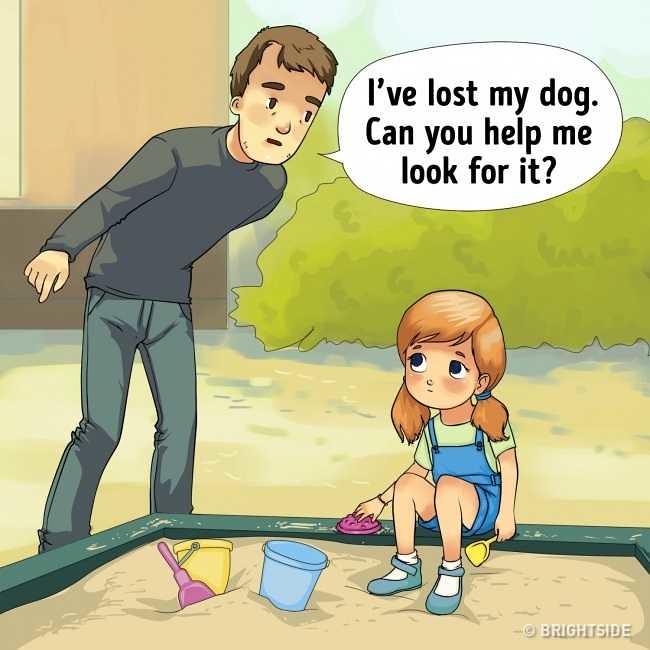 A child would cry and misbehave with a kidnapper. If you see that your child is misbehaving with a stranger, make sure you have a close look at them so that the kidnapper knows that you have seen their face clearly.

Strangers who visit the play areas are likely to be kidnappers. These strangers tend to play with children and establish a friendship with them. Even if you are in a doubt, make sure you capture their photographs in their consensus so that they know that you have a picture of them with you. 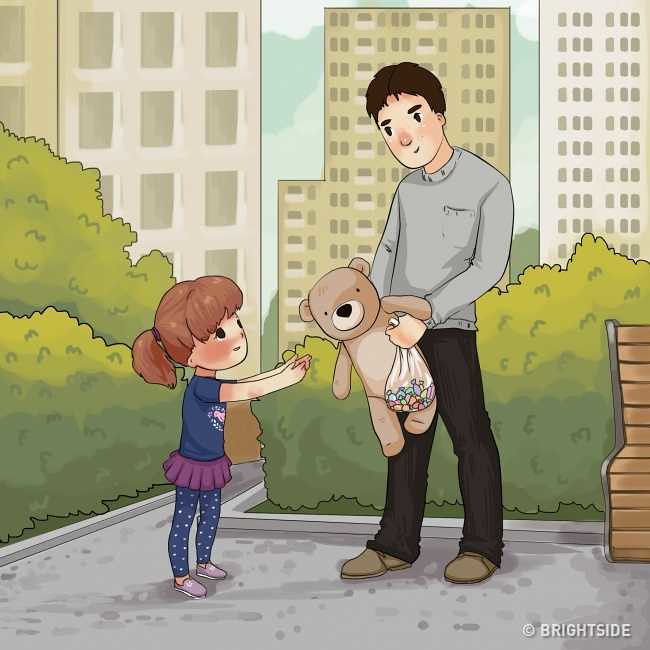 Remember that a kidnapper has done his homework before choosing their prey. They know through social media or other sources that who is your friend and who has gifted your child a bag or bicycle at their birthday.

They would use such information to appear as your friends towards your child and would easily kidnap them. This is the clearest sign of a kidnapper.

It is time that we tell our children that a stranger is not only one with an angry face and harsh looks. Friendly people can also be kidnappers and children shall know that such people are also dangerous. If you see your child going with a strange child, women or friendly guy, be aware!

If you see that an adult has parked their car near a child and is asking them for directions and offering them to come in the car, this is a clear sign of a kidnapper! A normal person would ask directions from grownups, police or use GPS. 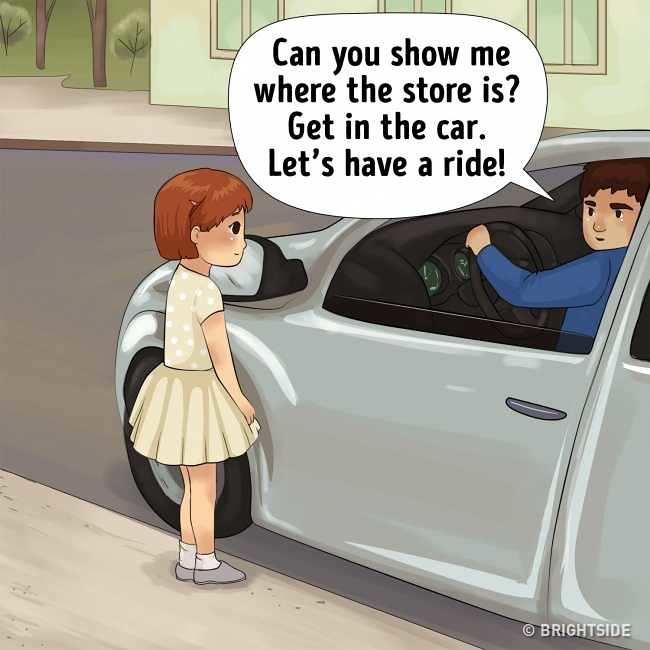 A kidnapper can easily make young boys prey to them by offering a free ride on a bike. You see why would anyone offer a strange kid a free ride?

Some kidnappers appear as producers and photographers looking for talented and beautiful kids in playgrounds and play areas. Such people are kidnappers as real producers would look for child artist in schools, not on roads.

Beware as such people would ask your child to come along with them to have some photographs. Kids would readily accept it as they promise fame.

no one would ever recognize false police. In case, even adults have fallen prey to false police. Kids are taken along by fake police. The kids are threatened by the fake police that they have done a wrong deed and shall be taken along. A true policeman would always complain to parents. 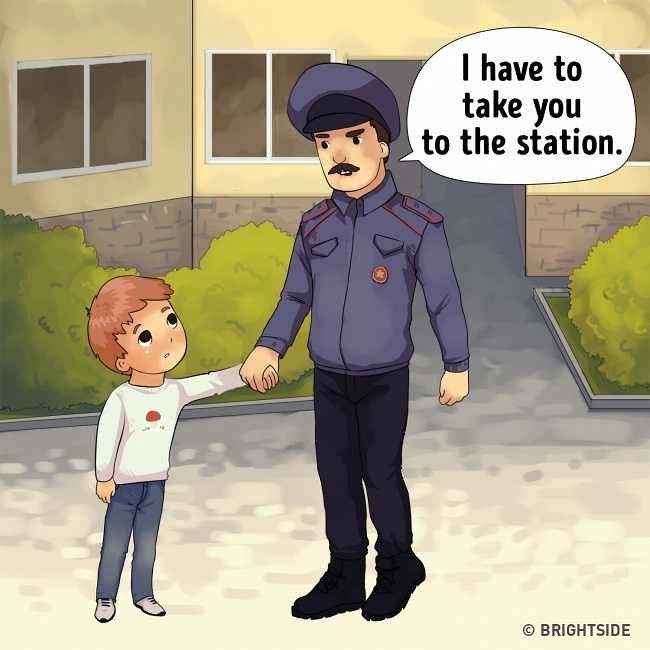 A kidnapper would never disclose his name and would ask a kid to call them by different names such as miss, ma’am, and mister. Be careful if your child is calling some adult by such names. If you see a child going with an adult and the child is not taking the name, you might inquire and prevent kidnapping.

If the age gap between the child and adult is noticeable, it is likely the kid is being kidnapped. Look for more clues and prevent a kidnap!