Al Baha municipality has employed 12 Saudis to work as cleaners after passing the eligibility test required for the job.

Saudis who have accepted the jobs had certificates of secondary school or less than that. Thamir Al-Malki, head of the municipality added that he was impressed by the strong will and determination of the candidates who were successful, to get these jobs.

Al Malki added that this was not the first time that the Saudi nationals had been hired as cleaners, as several other municipalities around the Kingdom had done so previously. 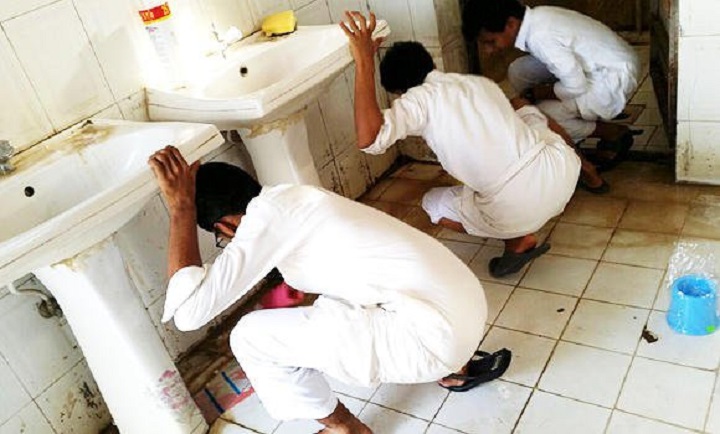 These Saudi cleaners will be receiving SAR 3,000 per month. This is a good move by the Municipality as well as the Saudi nationals, who previously would not have considered taking up such a job.

There are several people who have come out to support the new move by the Saudi workers as well as the municipality.

These people have stated that instead of criticizing this new move which comes in like a breath of fresh air and a much-awaited and needed change in the attitude of the Saudi people, the people should be encouraging this positive attitude and should set it as an example for others,