The world’s largest foldable umbrella is going to be installed very soon in the Masjid al-Haram of Makkah in the northern courtyard of the Mosque. The work for this purpose has already started.

The late King Abdullah ordered the umbrellas to be installed in the surrounding courtyards of the Grand Mosque in December 2014. 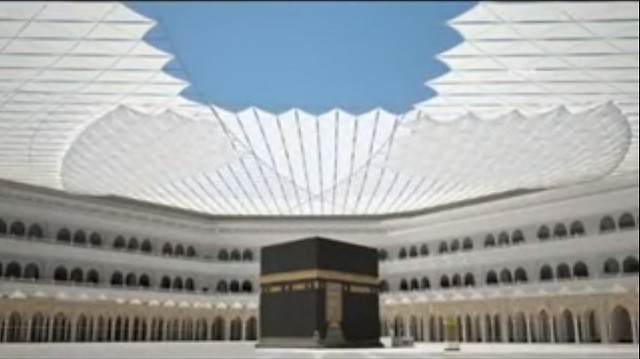 Size of the Umbrella in Makkah

Each of the umbrellas will be 45 meters high and its weight will be 16 tons. An area of 2400 sq. meters will be under its shade when the umbrella will be opened.

The size of the Umbrella already installed in Masjid al Nabawi is 25X25 whereas the size of this Umbrella will be 53X53.

A total of 8 umbrellas of size is going to be installed in the Grand Mosque, these are of giant size and are equipped with high technology.

Along with these eight, 54 umbrellas, comparatively smaller in size, will also be mounted in the area of the northern courtyard. These umbrellas together will cover an area of 19,200 square meters. 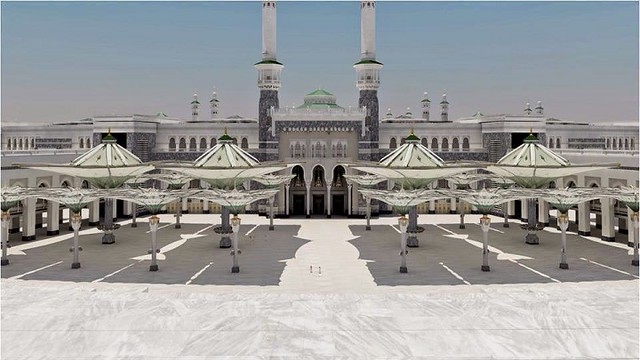 When is it going to start?

The project to install Umbrellas will start at the beginning of 2021. The roof of the Masjid al-Haram will also have these umbrellas.

Each of its canopies will have a giant clock to inform about time. A number of screens will be attached to provide guidelines to worshippers

Air conditioners will be attached to control the high temperatures and for security purposes, surveillance cameras are also attached.

This project includes the installation of 122 benches so that the people who come to worship here can also take rest if needed and service buildings will also be built here. 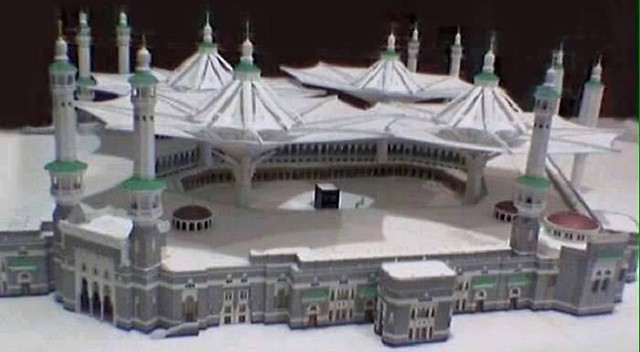 Completion of the Umbrella Project

When this project will be completed, the whole area of the northern plaza that starts from King Fahd Expansion and ends at King Abdullah Expansion will have canopies in it and the shaded area will then accommodate a total of 400,000 worshippers approximately.

What is the similarity to the Umbrellas in Madina?

Almost 250 umbrellas similar to these have already been installed at the plazas around the Holy Masjid Al Nabawi in Madinah.

These umbrellas are programmed in such a way that they fold and unfold like blooming flowers. This sequence of the fold and unfold has a delay of a minute so that the moving parts of umbrellas do not collide with each other.

This operation of the fold and unfold is done at different timings according to the changes in daily temperature. 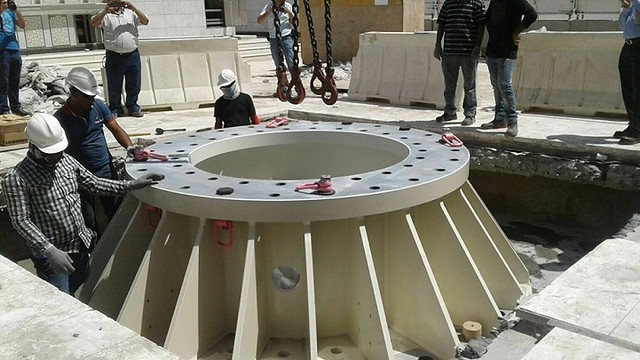