Home Social Issues Education System 1150 Candidates in Bihar, India forced to appeared in an Exam in... 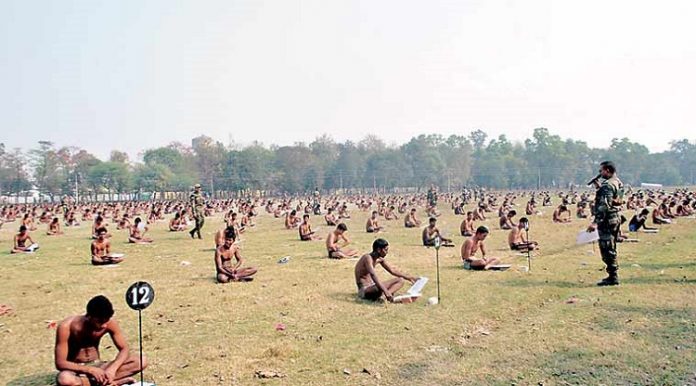 It is shocking to hear that 1150 students in India were forced to appear in their exams in underwear. What is the reason behind this and why did this happen?

Even the High Court of India is demanding to know why these army recruitment candidates were forced to strip down to their underwear for appearing in their written exam on this Sunday? This incident happened in the Eastern state of Bihar, INDIA.

A photo was published by Agence France-Presse on Sunday which showed that hundreds of army candidates were giving their exams sitting on the grass in their underwear.

In that picture, the candidates were seen bent over their test papers while the supervisor was looking on them. These candidates were evaluated to define their eligibility for their technical, clerical and general duty positions in the army. 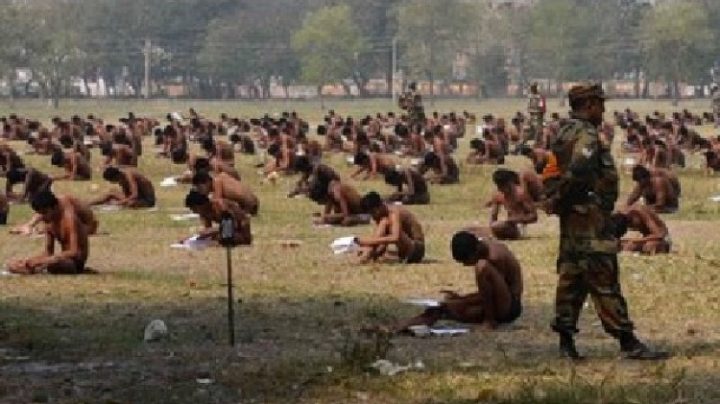 The local media of India reported that the army officials ordered the candidates to remove their clothes as a way to save time on frolicking so many people to make sure that they were not cheating. A year ago some related photographs of the same region went viral.

The photographs showed parents climbing the walls of school buildings to help their children to cheat by passing them notes through the window, this lead to hundreds of academic dismissals. The photo was taken during the 10th standard exams in Bihar.

In Bihar, many families believe that education will help and offer a way to break the poverty and poor suffering of lives. This made the parent to help their child by providing them with the cheating material so that they can continue their education and find a way out of poverty.

After this scandal, the government of the state BIHAR  introduced a fine of 20,000 Indian Rupees which is about $296. This fine was introduced against cheating students.  Many other incidents of dishonesty in education were reported from Bihar. 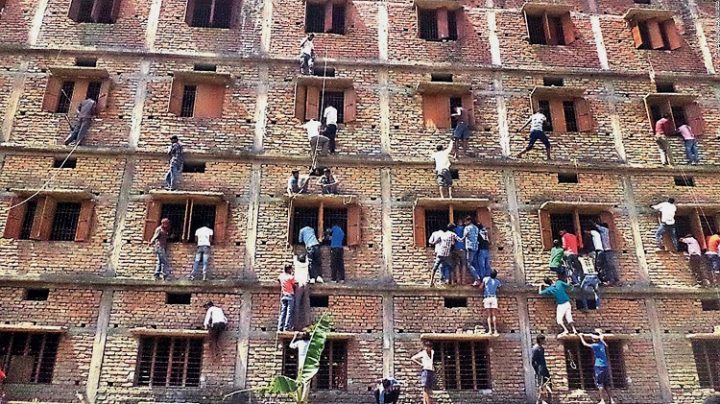 What provoked too many incidents were extreme job pressure by the poor families and studies pressure to pass the exams and get a good salary job to support the poor families. In 2012, nearly 80 people were imprisoned for their involvement in exams fraud through their cell phones.

It was reported that only in 2013, about 1,600 students were expelled by Bihar education official for carrying cheating materials and cheating by other means and among these 1,600 most of the students were helped by their parents.

This was the situation of Bihar education system but still, the question arises about the candidates who appeared in the exam in their undergarment.

The Army sources said that the candidates were made to remove clothes during their test on Sunday. This was only an effort to ensure academic integrity. These were just precautionary steps to which many candidates felt uncomfortable. 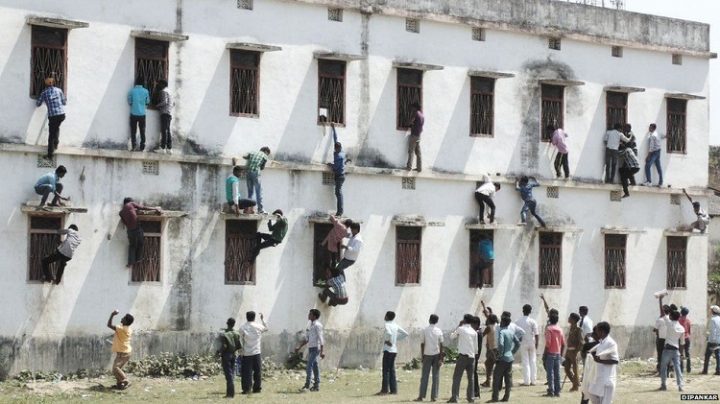 One candidate came forward and complained through the Indian News media. he said, “We do not expect to appear for such large-scale exams in examination halls, but disrobing us was not dignified.”

The case was forwarded to Patna High court where the Local lawyer Dinu Kumar presented news clips and images suggesting the examination was inappropriate and insensitive.

The court responded and issued a notice to the army member and called him for an explanation on Tuesday. Indian Defense Minister Manohar Parrikar said the Exam was conducted from Army Chief Gen. Dalbir Singh Suhag.